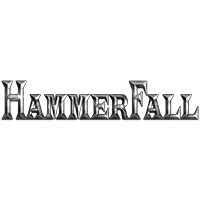 Hammerfall will be performing an event in the next dates is right in your area. Buy tickets for your favorite performer or group and you will be able to visit his show already tomorrow!

Share with friends:
Updated: 01-27-2023
HammerFall is a Swedish Heavy Metal band from Gothenburg, Sweden. The band was formed in 1993 by ex-Ceremonial Oath guitarist Oscar Dronjak.

HammerFall was formed when rhythm guitarist Oscar Dronjak quit Ceremonial Oath and invited Jesper Strömblad (from Ceremonial Oath and In Flames) to join him as a drummer in a new musical project he had been contemplating for some time. Dronjak had already composed the song "Steel Meets Steel," which was later included on HammerFall's debut album. Dronjak and Strömblad were later joined by lead guitarist Niklas Sundin, bassist Johan Larsson, and vocalist Mikael Stanne. When Niklas Sundin and Johan Larsson left HammerFall the following year, Glenn Ljungström (then guitarist of In Flames) and Fredrik Larsson (bassist of the former Swedish death metal band Dispatched), replaced them.

HammerFall's album No Sacrifice, No Victory was released in February 2009. This album features a cover song My Sharona. The Album peaked at No. 38 on the Billboard heatseakers charts. A music video for the song "Any Means Necessary" was released some time before the actual release of the album. To kick off their new album, HammerFall toured all over the world with several support bands, such as fellow Swedish band Sabaton. In the summer 2010 the band played a couple of high-profile festivals throughout Europe, including Sonisphere Festival, High Voltage Festival, Metalcamp, Graspop Metal Meeting and many more. The summer tour was named "Any Festival Necessary".

HammerFall's 8th album was released on May 18, 2011 (Sweden), May 20 (Europe), and June 7 (North America), under the name Infected. After several months of recordings in Göteborg, Sweden and Nashville, TN, the new studio album was finally finished in February. The European tour followed, under the name "European Outbreak". Infected is also the first HammerFall album not to feature the mascot, the knight Hector, on the cover.

In 2012, Hammerfall recorded a live DVD while performing a show in Dalhalla, Sweden, that featured some former band members as well as other special guests. The DVD celebrated 15 years of the band's existence, and was titled "Gates of Dalhalla". In 2013, HammerFall took a break and some time to spend with their families or side-works. Oscar wrote a book about HammerFall, Legenden om HammerFall (Swedish: "The Legend of HammerFall), that was released on 24 October and tells of the band's events during the past 16 years, but it still exists only in Swedish.

(r)Evolution was released on August 29, 2014, and stormed the charts worldwide, debuting on #1 in Sweden and on the Billboard Heatseekers Chart, as well as reaching Top 5 in several other countries. The subsequent tour, dubbed the World Wide (r)Evolution 2014-15, will see HammerFall return to Latin America together with Edguy and Gotthard, followed by a full European assasult in the beginning of 2015. The band was somewhat distraught when drummer Anders Johansson left shortly after the release of (r)Evolution, but David Wallin (Pain) was brought in as a temporary replacement to ensure that the show would go on. Around the same time, it was also decided that Fredrik would be on parental leave from September 2014 through March 2015. Former guitar player Stefan Elmgren stepped in and will handle the 4-string duties during that period, making this line-up a unique experience. Currently, the band is in the midst of a wildly successful European tour, with 7 sold out shows already and more most likely coming.

In March 2016, the band announced that they had signed with Napalm Records. Their tenth studio album, Built to Last, was released on November 4, 2016. On December 16, 2016, David Wallin resigned from the band to focus on his family, and the same day the band introduced their new drummer Johan Koleberg. On September 2, 2017, it was announced that David Wallin's family related issues had been resolved and that he was reinstated into the band. On December 18, 2018, HammerFall announced their eleventh studio album Dominion. It was released on August 16, 2019.

Looking for the cheapest concert tickets for the show of Hammerfall Tour 2024? If yes, then welcome to our portal offering a wide choice of either cheap of VIP tickets. Furthermore, we guarantee that here, you will definitely find so desired tickets for the performance of the Hammerfall 2023 Tour dates you adore.

The show of Hammerfall is worth seeing. You won’t regret because this talented person will gift you unforgettable emotions, help you forget about all problems and allow you to jump into the fantastic world of music for only one evening.

The primary target of our service is to offer Hammerfall tour tickets for the show of your favorite singer at the most affordable price. You may be sure that choosing our ticket service, you will not overpay and get the entrance ticket for the incredible performance, you were waiting for so long. We know everything about the way how a professional ticket service should work. So, with us, you’ll get the lowest Hammerfall ticket prices and the best places for the show.