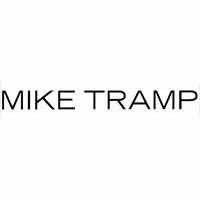 Mike Tramp will be performing an event in the next dates is right in your area. Buy tickets for your favorite performer or group and you will be able to visit his show already tomorrow!

Share with friends:
Updated: 12-07-2022
Michael Trempenau better known as Mike Tramp, is a Danish singer and songwriter who is best known for his work with the hard rock bands, White Lion and Freak of Nature. Since 1998, he has released several solo albums. In 2012, Tramp went on a solo acoustic tour releasing acoustic albums in both 2013 and 2014. He returned with a full band line up in 2015 and in 2017, released the album "Maybe Tomorrow" which charted at No. 1 in Denmark.

Mike and his band of brothers, including Soren Andersen, Claus Langeskov and Kenny Andy, began a tour in March 2017 after three sold-out concerts in Roskilde and Copenhagen for the release of Maybe Tomorrow, also playing to French, Italian and Irish audiences. The tour is also set to visit Germany, Belgium, the UK, and France.

Mike Tramp, has topped the Danish album sales charts (certified by IFPI). The new album, Maybe Tomorrow enters at No. 1 on the vinyl chart and No. 2 on the physical album chart. In September 2017 Mike Tramp released a music video for a new single titled “Work It All Out” from his upcoming new box set This & That (But A Whole Lot More), which will be released via Mighty Music / Target Group on December 1, 2017.

In February 2018 Tramp provided lead vocals to a friend's project based in Indonesia for the single "One More Chance" which also features a music video.Mike Tramp toured Europe, Netherlands and Italy in the Spring of 2018 with his Band of Brothers. After that some tour dates followed in May. In October 2018, Tramp announced that he's been working on a new album released in 2019. To add, he played some Denmark shows with his acoustic guitar in between. On November 1, Tramp's first solo album "Capricorn" was re-released as a special vinyl version. He also performed 2 shows in Zeppelin Bar, Copenhagen to celebrate that.

On January 8, 2019, Mike Tramp announced that his new solo album titled Stray From The Flock would be released on March 1. Tramp's record company Target Records has made the following statement:


With 100+ shows planned in 2019 to support the new album – starting off in the US in February and March with 22 shows – and a first single, titled "Dead End Ride", ready to drop on January the 25th (together with a top-notch video), this will be another great year for Mike Tramp.


On January 25, Tramp released the song/video "Dead End Ride" as a first single of the new album. The song went No. 1 on iTunes in Peru the next day. Stray From The Flock was officially released on March 1, 2019 through Mighty Music/Target Records. A second single "Homesick" was released on March 29.

Looking for the cheapest concert tickets for the show of Mike Tramp Tour 2023? If yes, then welcome to our portal offering a wide choice of either cheap of VIP tickets. Furthermore, we guarantee that here, you will definitely find so desired tickets for the performance of the Mike Tramp 2022 Tour dates you adore.

The show of Mike Tramp is worth seeing. You won’t regret because this talented person will gift you unforgettable emotions, help you forget about all problems and allow you to jump into the fantastic world of music for only one evening.

The primary target of our service is to offer Mike Tramp tour tickets for the show of your favorite singer at the most affordable price. You may be sure that choosing our ticket service, you will not overpay and get the entrance ticket for the incredible performance, you were waiting for so long. We know everything about the way how a professional ticket service should work. So, with us, you’ll get the lowest Mike Tramp ticket prices and the best places for the show.