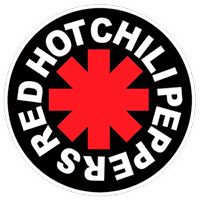 Red Hot Chili Peppers will be performing an event in the next dates is right in your area. Buy tickets for your favorite performer or group and you will be able to visit his show already tomorrow!

Red Hot Chili Peppers ("RHCP") - is an American funk rock band formed in Los Angeles in 1983. The group's musical style primarily consists of rock with an emphasis on funk, as well as elements from other genres such as punk rock and psychedelic rock. When played live, their music incorporates elements of jam band due to the improvised nature of much of their performances. Currently, the band consists of founding members Anthony Kiedis (vocals) and Flea (bass), longtime drummer Chad Smith; and guitarist Josh Klinghoffer, who joined in late-2009, replacing John Frusciante. Red Hot Chili Peppers are one of the best-selling bands of all time with over 80 million records sold worldwide, have been nominated for sixteen Grammy Awards, of which they have won six and are the most successful band in alternative rock radio history currently holding the records for most number one singles, most cumulative weeks at number one and most top-ten songs on the Billboard Alternative Songs chart. In 2012, they were inducted into the Rock and Roll Hall of Fame.

The band released their eleventh studio album, The Getaway on June 17, 2016. The album was produced by Danger Mouse marking the first time since 1989's Mother's Milk that someone other than Rick Rubin has produced one of their albums. A world tour followed the release of the album.

The Getaway will be re-issued on limited edition pink vinyl on September 27, 2016 as part of 10 Bands 1 Cause. All money from sales of the album will go to Gilda's Club NYC an organization that provides community support for both those diagnosed with cancer and their caretakers. It is named after comedian Gilda Radner.

The music video for "Go Robot" was released on September 8, 2016. The video is heavily inspired by the 70's movie Saturday Night Fever.

The band performed two songs ("Can't Stop" and "Dark Necessities") before the opening home game of the Los Angeles Rams at the Los Angeles Memorial Coliseum on September 18, 2016. The Rams made their return to Los Angeles after 22 years in St. Louis. "Since I was a little boy, I've taken joy in the beauty of the Rams. When I moved to Los Angeles in 1972, I was getting uprooted from my home and I thought, 'Well, where I'm going they've got the Rams. It's going to be all right'" Flea said.

On September 19, 2016 the band announced plans for their 2017 North American leg on The Getaway World Tour. Jack Irons, the band's original drummer, will serve as an opening act on select dates along with Trombone Shorty and Orleans Avenue on all dates.

The show of Red Hot Chili Peppers is worth seeing. You won’t regret because this talented person will gift you unforgettable emotions, help you forget about all problems and allow you to jump into the fantastic world of music for only one evening.

The primary target of our service is to offer Red Hot Chili Peppers tour tickets for the show of your favorite singer at the most affordable price. You may be sure that choosing our ticket service, you will not overpay and get the entrance ticket for the incredible performance, you were waiting for so long. We know everything about the way how a professional ticket service should work. So, with us, you’ll get the lowest Red Hot Chili Peppers ticket prices and the best places for the show.