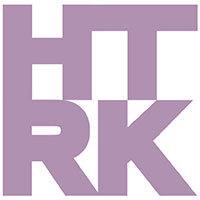 HTRK will be performing an event in the next dates is right in your area. Buy tickets for your favorite performer or group and you will be able to visit his show already tomorrow!

Share with friends:
Updated: 12-02-2021
HTRK (formerly Hate Rock Trio) is an Australian band formed in 2003. Originating in Melbourne, and based in London since 2007, HTRK (pronounced Hate Rock) started playing in November 2003 when guitarist Nigel Yang and bassist Sean Stewart invited vocalist Jonnine Standish to create music inspired by the surrealistic films of David Lynch, along with protopunk and post-industrial ideas. Using a very slow 808 drum machine, minimal bass grooves and highly textured noise, their attitude clashed with the "rock and roll" status quo in Australia. HTRK's first release was the Nostalgia EP in 2004, originally intended as a demo but later self-released in a limited 500-disc run.

Their live shows soon caught the attention of underground icon Rowland S. Howard and popular Australian producer Lindsay Gravina, who invited them to record their debut album at Gravina's Birdland Studios. Titled Marry Me Tonight and considered something of a pop effort by the band, the album was held in limbo for several years due to a protracted rights dispute. In August 2005, the band performed as a support act for Howard at the premiere party for Scott Crary's film, Kill Your Idols, in Melbourne.

Marry Me Tonight was finally released in 2009 on Smith's independent label Blast First Petite, receiving critical favor from the UK press, scoring 8 out of 10 in NME, making Artrockers best of 2009 list and an office ambience listing in The Wire. Artist and former porn actress Sasha Grey also listed Marry Me Tonight in her top three albums in a Stereogum end-of-year poll. That year, HTRK were invited by Yeah Yeah Yeahs, the Horrors and Fuck Buttons to embark on various European tours. Their increased profile led to a headline show at Cargo in London in January 2010, which coincided with the release of the first of a series of free mixtapes and appearances in US magazines Alternative Press and Nylon.

Tragedy struck on 18 March 2010, when Stewart was found dead in his London home from suicide. Speculation on the Australian music website Mess+Noise was later confirmed in a statement sent to the media. NME published an obituary on 24 April 2010 with tributes from Yeah Yeah Yeahs' Nick Zinner and the Horrors' Faris Badwan.

Standish and Yang have remained active, beginning with a comeback show at the ICA in London on 29 November 2010. They have since released three further albums on Ghostly International, Work (Work, Work) on 12 September 2011, Psychic 9–5 Club on 1 April 2014 (co-produced by Nathan Corbin) and Venus in Leo, September 2019. The band has collaborated with New York-based film maker Nathan Corbin, (Bendin', Chinatown Style, Venus in Leo) and costume designer and wardrobe stylist Jenni Hensler, who has done styling for Standish and who also worked on the 2014 video for the song "Chinatown Style."

Looking for the cheapest concert tickets for the show of HTRK Tour 2022? If yes, then welcome to our portal offering a wide choice of either cheap of VIP tickets. Furthermore, we guarantee that here, you will definitely find so desired tickets for the performance of the HTRK 2021 Tour dates you adore.

The show of HTRK is worth seeing. You won’t regret because this talented person will gift you unforgettable emotions, help you forget about all problems and allow you to jump into the fantastic world of music for only one evening.

The primary target of our service is to offer HTRK tour tickets for the show of your favorite singer at the most affordable price. You may be sure that choosing our ticket service, you will not overpay and get the entrance ticket for the incredible performance, you were waiting for so long. We know everything about the way how a professional ticket service should work. So, with us, you’ll get the lowest HTRK ticket prices and the best places for the show.