Ward Hayden and The Outliers Tickets 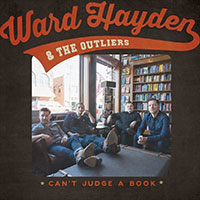 Ward Hayden and The Outliers will be performing an event in the next dates is right in your area. Buy tickets for your favorite performer or group and you will be able to visit his show already tomorrow!

Share with friends:
Updated: 10-03-2022
Ward Hayden and the Outliers, formerly known as Girls, Guns and Glory (GGG), is a band from Boston, Massachusetts. They currently release music independently but formerly had signed with Lonesome Day Records and released albums with Sony RED, MRI and Dry Lightning Records in the US, as well as through Proper in the UK and Rough Trade in Europe. Their music is a mix of old school country, early rock 'n' roll, blues, and country rock. Inspiration is taken from Hank Williams, Johnny Cash and Johnny Horton classics. Ward Hayden and the Outliers has garnered seven Boston Music Awards (BMA). They were the 2011 winner of the BMA for "Americana Artist of the Year", and were nominated in the "Live Artist of the Year" category. They were also the 2019 winner of the BMA for "Country Artist of the Year". The band is popular throughout Europe and Scandinavia and has toured there for several years. Their 2016 album Love and Protest was a top 5 album in Norway and peaked at #1 on the Norway country album charts.

Their third album, 2011's Sweet Nothings featured a collaboration (the song "1000 Times") with local Massachusetts alternative country musician Sarah Borges. In 2011, the band opened for Wanda Jackson. In 2016, Hersch left the band and was replaced later that year by Cody Nilsen. Also in 2016, the band decided to release new music independently, beginning with the album Love and Protest. The album featured local Massachusetts sideman Duke Levine as guest lead guitarist because it was recorded between Hersch's departure and Nilsen's arrival. The band also featured a touring lead guitarist during this time. After Nilsen joined the band, they opened for NRBQ.

In 2018, the band dropped the name Girls, Guns and Glory because of the polarizing issue of gun control in the United States. Also in 2018, the band opened for The Oak Ridge Boys, Marty Stuart & His Fabulous Superlatives, Los Lobos and Dwight Yoakam. Their seventh studio album, Can't Judge A Book, mostly featuring covers, some of which were re-imagined by the band, has recently been released. Also in 2019, the band opened for Midland.

Looking for the cheapest concert tickets for the show of Ward Hayden and The Outliers Tour 2023? If yes, then welcome to our portal offering a wide choice of either cheap of VIP tickets. Furthermore, we guarantee that here, you will definitely find so desired tickets for the performance of the Ward Hayden and The Outliers 2022 Tour dates you adore.

The show of Ward Hayden and The Outliers is worth seeing. You won’t regret because this talented person will gift you unforgettable emotions, help you forget about all problems and allow you to jump into the fantastic world of music for only one evening.

The primary target of our service is to offer Ward Hayden and The Outliers tour tickets for the show of your favorite singer at the most affordable price. You may be sure that choosing our ticket service, you will not overpay and get the entrance ticket for the incredible performance, you were waiting for so long. We know everything about the way how a professional ticket service should work. So, with us, you’ll get the lowest Ward Hayden and The Outliers ticket prices and the best places for the show.