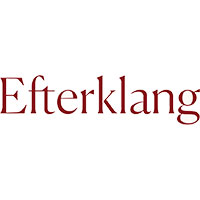 Efterklang will be performing an event in the next dates is right in your area. Buy tickets for your favorite performer or group and you will be able to visit his show already tomorrow!

Share with friends:
Updated: 12-02-2022
Efterklang is a Danish indie rock group from Copenhagen, formed in December 2000. The band has recorded five studio albums and are currently signed to the 4AD label, as well as their own record label Rumraket. In 2012, they released their fourth album Piramida to good reviews.

In 2012, the band went on tour to present their fourth album Piramida with an orchestra and drummer Budgie of Siouxsie and the Banshees as special guest for the live shows. The premiere at the Sydney's "Opera House" in June was praised by Time Out and Mojo. The latter wrote : "Piramida is the sound of Efterklang’s grasp meeting their reach, of their ambition evading the pretentious, the blankly grandiose, and rewarding them with a masterpiece.". A European leg coincided with the release of Piramida. The band performed with an orchestra and Budgie in Ireland, Scandinavia, UK, the Netherlands and Belgium.

At its release in September, their fourth album Piramida received good reviews. Mojo rated it four stars and said: "Despite the elegant grey-sky thinking, deep beneath the emotional permafrost, Piramida isn't as cold as it seems". BBC Music said : "This see-saw, between exquisite gloom and bruised hope, is part of what makes Piramida so powerful" before concluding by these words, "rarely have the Serious Young Man Blues been articulated with such grace, so affectingly". British Fact magazine wrote: "Piramida is an abandoned mining town located deep within the Arctic Circle. It’s the setting for Efterklang’s fourth and finest album, an acutely musicianly affair employing lorry loads of classical instruments, brass, synths and what appears to be a choir of thousands broadcasting from the deep end of a fjord". Q magazine commented: "here’s a band on top of the world, and on top of their game… Piramida is a revelation." From December Efterklang went on tour with their new 6-piece band. In 2013, the Piramida tour took the band around North America and Europe.

In 2015, The Leaf Label released a number of re-issues as part of its 20th anniversary celebrations. A poll enabled fans to vote for which albums from the label's back catalogue they wished to see re-issued, and Efterklang's Parades was selected. The album, released on double vinyl LP, was initially available to fans through the PledgeMusic service and was introduced to shops in early 2016. A double vinyl re-issue of Tripper is also available from The Leaf Label after a successful BeatDelete campaign.

In 2016, the members of Efterklang, along with drummer Tatu Rönkkö, formed the band Liima. They released their debut album, ii, on 18 March 2016. The album received positive reviews, earning a score of 70 on Metacritic, based on 8 reviews. Liima's second album, 1982, was released on 3 November 2017.

Looking for the cheapest concert tickets for the show of Efterklang Tour 2023? If yes, then welcome to our portal offering a wide choice of either cheap of VIP tickets. Furthermore, we guarantee that here, you will definitely find so desired tickets for the performance of the Efterklang 2022 Tour dates you adore.

The show of Efterklang is worth seeing. You won’t regret because this talented person will gift you unforgettable emotions, help you forget about all problems and allow you to jump into the fantastic world of music for only one evening.

The primary target of our service is to offer Efterklang tour tickets for the show of your favorite singer at the most affordable price. You may be sure that choosing our ticket service, you will not overpay and get the entrance ticket for the incredible performance, you were waiting for so long. We know everything about the way how a professional ticket service should work. So, with us, you’ll get the lowest Efterklang ticket prices and the best places for the show.