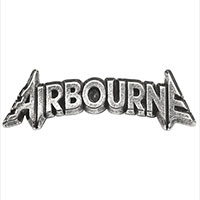 Airbourne will be performing an event in the next dates is right in your area. Buy tickets for your favorite performer or group and you will be able to visit his show already tomorrow!

Share with friends:
Updated: 01-28-2022
Airbourne are an Australian hard rock band formed in Warrnambool in 2003. Mainstay members are Joel O'Keeffe on lead vocals and lead guitar, and his brother Ryan O'Keeffe on drums. They were later joined by Justin Street on bass guitar and backing vocals. David Roads (on rhythm guitar and backing vocals) was also a mainstay member until leaving the band in April 2017 – Harri Harrison was announced as his replacement. Their debut album, Runnin' Wild, was released in June 2007 and peaked in the top 30 on the ARIA Albums Chart. It appeared on the United Kingdom Albums Chart and United States Billboard 200. By August 2013, it was certified with Silver award by BPI. Their second album, No Guts. No Glory. was issued in March 2010 and reached the top 20 on the ARIA Chart, top 40 in the UK and also appeared on the Billboard 200. Their third studio album Black Dog Barking was released on 21 May 2013. In October 2016, Airbourne released their fourth album, titled Breakin' Outta Hell. Boneshaker is the band's fifth album, and was released on 25 October 2019.

Airbourne formed as a hard rock band in late 2003 in the Victorian city of Warrnambool by Joel O'Keeffe  and his younger brother Ryan. Joel had played guitar since the age of 11 and Ryan got his first drum kit four years later also at the age of 11. Joel met David Roads when the two worked at the Hotel Warrnambool. The pair brought their guitars to work and, after their shifts, jammed on song ideas; Roads was asked to join the O’Keeffe brothers on rhythm guitar for rehearsals at their house. By late 2003, Adam Jacobson had joined on bass guitar, the group was named Airbourne and played regular gigs at the local Criterion Hotel.

In March 2004 the four-piece won a statewide band competition, Push-On, in Melbourne. Their early material was influenced by Australian rock bands AC/DC, The Angels, Billy Thorpe and Rose Tattoo. They recorded an eight-track extended play, Ready to Rock, which appeared in July 2004 as an independent self-funded release. By that time Jacobson was replaced by Justin Street on bass guitar – Ryan had met Street while stumbling home drunk from a party one night. In early 2005, the band relocated to Melbourne and in August, they signed a five album record deal with Capitol Records. According to Joel, while the band were living in a shared house they threw a party, and during listening to a Krokus CD, Rock the Block, a blown fuse resulted in a fire burning the back part of the house. The group have supported Mötley Crüe, Motörhead, Iron Maiden and The Rolling Stones, as well as performing at summer music festivals.

In November 2014, Joel O'Keeffe revealed the band was already writing songs for their next studio album. In January 2015, the band revealed that they signed for a worldwide deal with Spinefarm Records. In June 2016, the band announced that the new album would be titled Breakin' Outta Hell, being released 23 September 2016. The title track was released as a single on July 8. On 7 April 2017, it was announced via the band's Facebook page that long-time rhythm guitarist David Roads would be leaving the band to work in his family business. Matt 'Harri' Harrison (ex-Palace Of The King) was announced as his replacement.

On 20 March 2019, Airbourne announced "Album 5" through Facebook. A second update on 25 March 2019 confirmed that the band are recording at RCA Studio A in Nashville, Tennessee; leading to speculation that the new album sessions are being helmed by 6-time Grammy Award-winning Producer, Dave Cobb. On 23 August 2019, it was announced that the title of the new album would be Boneshaker and was released on 25 October 2019.

Looking for the cheapest concert tickets for the show of Airbourne Tour 2023? If yes, then welcome to our portal offering a wide choice of either cheap of VIP tickets. Furthermore, we guarantee that here, you will definitely find so desired tickets for the performance of the Airbourne 2022 Tour dates you adore.

The show of Airbourne is worth seeing. You won’t regret because this talented person will gift you unforgettable emotions, help you forget about all problems and allow you to jump into the fantastic world of music for only one evening.

The primary target of our service is to offer Airbourne tour tickets for the show of your favorite singer at the most affordable price. You may be sure that choosing our ticket service, you will not overpay and get the entrance ticket for the incredible performance, you were waiting for so long. We know everything about the way how a professional ticket service should work. So, with us, you’ll get the lowest Airbourne ticket prices and the best places for the show.