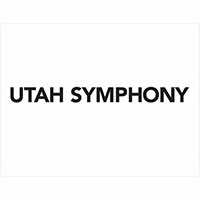 Utah Symphony will be performing an event in the next dates is right in your area. Buy tickets for your favorite performer or group and you will be able to visit his show already tomorrow!

Share with friends:
Updated: 01-27-2023
The Utah Symphony is an American orchestra based in Salt Lake City, Utah. The orchestra's principal venue is Abravanel Hall. In addition to its Salt Lake City subscription concerts, the orchestra travels around the Intermountain West serving communities throughout Utah. The orchestra accompanies the Utah Opera in four productions per year at Salt Lake's Capitol Theatre. In addition, the Utah Symphony and Utah Opera have a summer residency at the Deer Valley Music Festival, located in Park City, Utah. The orchestra receives funding from the Utah State Legislature for educational concerts. The Symphony has a division in Utah Valley that is based out of the Noorda Center for the Performing Arts at Utah Valley University in Orem, Utah.

During the Great Depression, the Federal Music Project (an employment-assistance program which formed part of Federal Project Number One, an arm of the Works Project Administration) hired Reginald Beales to create a musical group in Utah. He formed the Utah State Sinfonietta with a core of 5 members. That group grew rapidly and toured extensively, presenting concerts throughout Utah.

By 1940, federal funding for arts projects had ceased, so local enthusiasts formed the Utah State Symphony Orchestra on April 4, 1940, with Fred E. Smith as president. They scheduled their first concert for May 8, 1940 and asked Hans Henriot to conduct it. The resulting concert was so successful that the group offered Henriot a contract to direct the orchestra. This ensemble grew to 52 part-time musicians.


The Orchestra’s season grew to a year-round schedule by 1980. Successors to Abravanel included Varujan Kojian (1980–1983), Joseph Silverstein (1983–1998), and Keith Lockhart (1998–2009). Under Silverstein and Lockhart, the orchestra continued its commitment to contemporary American music. In July 2002, the governing boards of Utah Symphony and Utah Opera decided to consolidate both organizations, resulting in the formation of Utah Symphony | Utah Opera. At the time of the merger, it was one of only two merged symphony and opera companies in the United States.

In September 2009, Thierry Fischer became the orchestra's music director. Contemporary works commissioned by the orchestra during Fischer's tenure have included EOS (Goddess of the Dawn) by Augusta Read Thomas and the percussion concerto Switch by Andrew Norman. Fischer is currently contracted with the Utah Symphony through the 2021–2022 season. In May 2019, the orchestra announced that Fischer is to conclude his tenure as its music director at the end of his current contract, at the close of the 2021–2022 season.

In January 2009, the orchestra named Gerald Steichen as its principal pops conductor. The current assistant conductor is Conner Gray Covington, appointed in September 2017.

Looking for the cheapest concert tickets for the show of Utah Symphony Tour 2024? If yes, then welcome to our portal offering a wide choice of either cheap of VIP tickets. Furthermore, we guarantee that here, you will definitely find so desired tickets for the performance of the Utah Symphony 2023 Tour dates you adore.

The show of Utah Symphony is worth seeing. You won’t regret because this talented person will gift you unforgettable emotions, help you forget about all problems and allow you to jump into the fantastic world of music for only one evening.

The primary target of our service is to offer Utah Symphony tour tickets for the show of your favorite singer at the most affordable price. You may be sure that choosing our ticket service, you will not overpay and get the entrance ticket for the incredible performance, you were waiting for so long. We know everything about the way how a professional ticket service should work. So, with us, you’ll get the lowest Utah Symphony ticket prices and the best places for the show.