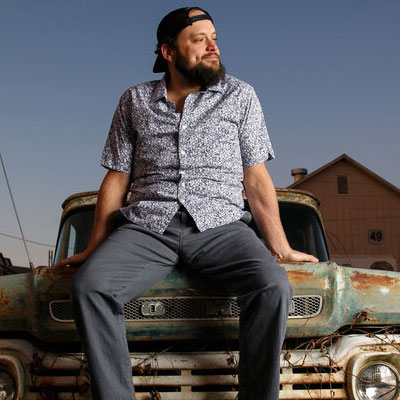 Victor Wainwright will be performing an event in the next dates is right in your area. Buy tickets for your favorite performer or group and you will be able to visit his show already tomorrow!

Share with friends:
Updated: 08-10-2022
Victor Lawton Wainwright, Jr. is an American blues and boogie-woogie singer, songwriter, and pianist. Wainwright's musical style was described by the American Blues Scene magazine in 2013 as "honky-tonk and boogie, with a dose of rolling thunder. Wainwright's playing is simply beautiful madness."

Living Blues magazine noted that "Wainwright serves as an electrifying guide to a good time – spinning tales, telling his listeners how to beat the blues, and meticulously conjuring raw soul and energy out of his acoustic piano." Wainwright currently tours both nationally and internationally, performing with two bands: Victor Wainwright and the Train, and Southern Hospitality. Wainwright formerly toured as Victor Wainwright & the WildRoots.

Following an impromptu jam session in July 2011 in Florida, Wainwright teamed up with Damon Fowler, J.P. Soars, Chuck Riley, and Chris Peet to form the band that would eventually become Southern Hospitality. Their first gig was supporting Buddy Guy in August the same year at the Heritage Music Blues Fest in Wheeling, West Virginia. Their debut album, Easy Livin' , (2013) was produced by Tab Benoit, and released by Blind Pig Records. It peaked at number 9 on the US Billboard Top Blues Album chart. In 2014, Wainwright won the 'Pinetop Perkins Piano Player of the Year' award at the Blues Music Awards for the second consecutive year.

Wainwright teamed up with friend, engineer, and producer Dave Gross in 2017 to form "The Train," to begin work on what would become the 2018 Grammy nominated self-titled album, Victor Wainwright and The Train. For touring and recording, Wainwright kept longtime bandmates Billy Dean on drums and Terrence Grayson on bass. For guitar, Wainwright added Pat Harrington. He also added the horn players Doug Woolverton and Mark Earley from Roomful of Blues.

Wainwright wrote all 12 original songs. Later that year, Wainwirght and Dave Gross recorded the self-titled album, Victor Wainwright and The Train, at the Ardent Studios in Memphis, Tennessee. The album, co-produced by Wainwright and Gross, was released on March 9, 2018. The album went on to garner a Grammy Award nomination for Best Contemporary Blues Album of the Year. Wainwright currently tours with The Train, consisting of the same recording artists as on the album.

The show of Victor Wainwright is worth seeing. You won’t regret because this talented person will gift you unforgettable emotions, help you forget about all problems and allow you to jump into the fantastic world of music for only one evening.

The primary target of our service is to offer Victor Wainwright tour tickets for the show of your favorite singer at the most affordable price. You may be sure that choosing our ticket service, you will not overpay and get the entrance ticket for the incredible performance, you were waiting for so long. We know everything about the way how a professional ticket service should work. So, with us, you’ll get the lowest Victor Wainwright ticket prices and the best places for the show.