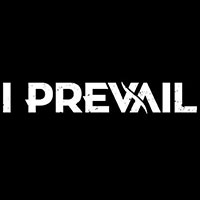 I Prevail will be performing an event in the next dates is right in your area. Buy tickets for your favorite performer or group and you will be able to visit his show already tomorrow!

Share with friends:
Updated: 01-19-2022
I Prevail is an American metalcore band formed in Southfield, Michigan in 2013. They released their debut EP Heart vs. Mind (2014) and rose to popularity from releasing a metal cover of Taylor Swift's "Blank Space" as a single, which eventually was certified platinum in the US. The band has since released two studio albums, Lifelines (2016) and Trauma (2019) The band found success with their original material as well, with singles "Breaking Down" and "Hurricane" performing well on rock radio, and "Bow Down" being nominated for Grammy Award for Best Metal Performance. Trauma was similarly nominated for the Grammy Award for Best Rock Album the same year.

On May 17, 2016, the band announced their headlining Strike the Match Tour, with special guests The White Noise, My Enemies & I, and Bad Seed Rising throughout the summer. The band also released a 30-second instrumental sound clip via social media, from their upcoming album. On June 20, the band revealed the name of their debut album, Lifelines, and on July 21, announced it would be available from October 20. The first single from the album, "Scars", was released on July 1.

On July 19, I Prevail announced through social media that they would be supporting Pierce the Veil alongside Neck Deep on the Journey's Made to Destroy tour throughout the fall of 2016. On August 14, the band released the second single from the album, "Stuck in Your Head". On September 28, the band released their third single "Come and Get It" through Short.Fast.Loud, an Australian-based punk and hardcore radio show on youth station Triple J. On March 22, 2017, I Prevail confirmed their participation in the 2017 Vans Warped Tour. In late March/early April 2017, the band had their first major overseas headline tour, which included sold out shows across Australia.

On May 30, 2017, I Prevail announced that they have parted ways with Lee Runestad and Tony Camposeo, and will now feature Eli Clark as touring bassist and Gabe Helguera of Drum Beats Online as touring drummer. On August 8, 2017, I Prevail announced a fall-winter headline tour with The Word Alive, We Came as Romans, and Escape the Fate. Brian Burkheiser had been put on emergency vocal rest and temporary hiatus due to a serious vocal cord injury. Guitarist/vocalist Dylan Bowman temporarily filled in on clean vocals while Burkheiser rehabilitated.

On February 19, 2019, the band announced their upcoming album is called Trauma and asked fans to share the announcement on social media 100,000 times before they release the first single. On February 26, the band released the lead single from the album, "Bow Down". Later that same day the band released "Breaking Down". Along with the new single being released, Gabe Helguera was made a full time member of the band. Eli Clark was absent from both new music videos. While not making a formal statement, it appears he was let go from touring with the band. Stating on his Instagram "It doesn't matter how good your bass recordings are, you need a real bass for shows." Since performing live in 2019, they have not had a live bassist.

While in Australia for Download Festival in March 2019, the band performed four new songs live for the first time including "Bow Down", "Breaking Down", Gasoline" and "DOA". On March 18, 2019, the band released the third single off the new album, "Paranoid".

Trauma was released on March 29, 2019. The album was the fourth-best selling album of the week in the US upon release, while its first single, "Breaking Down", hit the top 10 of the Billboard Mainstream Rock Songs chart in May 2019. On August 6, 2019, A Day to Remember announced that I Prevail, Beartooth, & Can't Swim would be supporting them on their "Degenerates" headlining tour. In November 2019, the band received two Grammy Nominations; the Best Rock Album for Trauma, and the Best Metal Performance for "Bow Down".

Looking for the cheapest concert tickets for the show of I Prevail Tour 2023? If yes, then welcome to our portal offering a wide choice of either cheap of VIP tickets. Furthermore, we guarantee that here, you will definitely find so desired tickets for the performance of the I Prevail 2022 Tour dates you adore.

The show of I Prevail is worth seeing. You won’t regret because this talented person will gift you unforgettable emotions, help you forget about all problems and allow you to jump into the fantastic world of music for only one evening.

The primary target of our service is to offer I Prevail tour tickets for the show of your favorite singer at the most affordable price. You may be sure that choosing our ticket service, you will not overpay and get the entrance ticket for the incredible performance, you were waiting for so long. We know everything about the way how a professional ticket service should work. So, with us, you’ll get the lowest I Prevail ticket prices and the best places for the show.