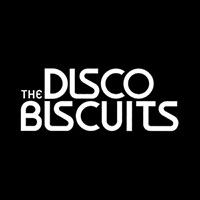 The Disco Biscuits will be performing an event in the next dates is right in your area. Buy tickets for your favorite performer or group and you will be able to visit his show already tomorrow!

Share with friends:
Updated: 07-05-2022
The Disco Biscuits are a jam band from Philadelphia, Pennsylvania. The band consists of Allen Aucoin (drums), Marc "Brownie" Brownstein (bass guitar, vocals), Jon "The Barber" Gutwillig (guitar, vocals), and Aron Magner (keyboards, synths, vocals). The band incorporates elements from a variety of musical genres with a base of electronic and rock. Their style has been described as trance fusion.

The Disco Biscuits formed in 1995 at the University of Pennsylvania. Marc, Jon, Aron and original drummer Samuel "Sammy" Altman shared an affinity for psychedelic rock, electronic music, soul, blues, jazz and classical. They honed their distinctive style playing Philadelphia bars then moved up to nightclubs and theaters along the east coast. In 2005 Sammy left the band to pursue a career in medicine. The band conducted a search for their next drummer, which culminated in a two-night, sold-out drum-off at the Borgata's Music Box in Atlantic City. In December 2005 Allen Aucoin was announced as the newest member of the band. In 2006 the band purchased the former Old City Philadelphia studio space of DJ Jazzy Jeff. The space became a place for local musicians to congregate and work, helping make possible the unique collaborations recorded in the Planet Anthem sessions.

The first Camp Bisco took place in August 1999 in Cherrytree Pennsylvania, the band seeking to combine the creative effects of electronic DJs with improvisational rock. Over 17 years Camp Bisco has grown by leaps and bounds, with its lineup expanding to include acts such as Shpongle, Lotus, Pretty Lights, Bassnectar, Gramatik, and STS9. The band celebrated its fifteenth anniversary of the festival July 2017 on Montage Mountain in Scranton, Pennsylvania.

The show of The Disco Biscuits is worth seeing. You won’t regret because this talented person will gift you unforgettable emotions, help you forget about all problems and allow you to jump into the fantastic world of music for only one evening.

The primary target of our service is to offer The Disco Biscuits tour tickets for the show of your favorite singer at the most affordable price. You may be sure that choosing our ticket service, you will not overpay and get the entrance ticket for the incredible performance, you were waiting for so long. We know everything about the way how a professional ticket service should work. So, with us, you’ll get the lowest The Disco Biscuits ticket prices and the best places for the show.