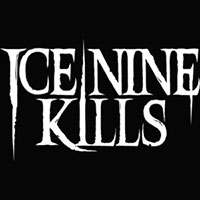 Ice Nine Kills will be performing an event in the next dates is right in your area. Buy tickets for your favorite performer or group and you will be able to visit his show already tomorrow!

Share with friends:
Updated: 01-27-2023
Ice Nine Kills is an American metalcore band from Boston, Massachusetts who are signed to Fearless Records. Best known for its horror-inspired lyrics, Ice Nine Kills formed in its earliest incarnation in 2002 by high school friends Spencer Charnas and Jeremy Schwartz. The group originally pursued a style of ska-punk but have since shifted into a style which has been described as theatricore, metalcore, melodic hardcore, post-hardcore, heavy metal, symphonic metal. Charnas is currently the only remaining founding member.

To date, Ice Nine Kills has released three EPs: The Burning, 2 Song Acoustic and The Predator. Five full-length studio albums: Last Chance to Make Amends, Safe Is Just a Shadow, The Predator Becomes the Prey, and their most successful albums to date; Every Trick in the Book, which peaked at #122 on the US Billboard 200 and their most recent, The Silver Scream, released on the fifth of October 2018. Their band name is derived from the fictional substance ice-nine from the science fiction novel Cat's Cradle by Kurt Vonnegut.

On June 20, 2018, Ice Nine Kills released "The American Nightmare", the first single from their upcoming album The Silver Scream. It was accompanied by a music video inspired by the film A Nightmare on Elm Street. The Silver Scream was released on October 5, 2018 and marked the band's highest chart debut to date. The album scanned almost 19,000 copies in its first week landing the band their first top 10 record on the billboard top album chart. It features thirteen songs inspired by thirteen separate horror films.

On the March 23, their bassist Justin Morrow parted ways with the band, joining Motionless in White. The band wrote "We are excited for Justin and wish him nothing but the best" and announced Joe Occhiuti as a permanent replacement. Justin DeBlieck was also not present on the first two tours of 2019 while he was producing the new Motionless in White album, Disguise.

On October 4, 2019 the band released the acoustic version for their song, "Stabbing in the Dark" featuring Matt Heafy of Trivium. The band's reissue of The Silver Scream, dubbed the "Final Cut", was released on October 25th. The reissue featured the band covering Michael Jackson's hit song, "Thriller" and a song about the Scream horror series.

Looking for the cheapest concert tickets for the show of Ice Nine Kills Tour 2024? If yes, then welcome to our portal offering a wide choice of either cheap of VIP tickets. Furthermore, we guarantee that here, you will definitely find so desired tickets for the performance of the Ice Nine Kills 2023 Tour dates you adore.

The show of Ice Nine Kills is worth seeing. You won’t regret because this talented person will gift you unforgettable emotions, help you forget about all problems and allow you to jump into the fantastic world of music for only one evening.

The primary target of our service is to offer Ice Nine Kills tour tickets for the show of your favorite singer at the most affordable price. You may be sure that choosing our ticket service, you will not overpay and get the entrance ticket for the incredible performance, you were waiting for so long. We know everything about the way how a professional ticket service should work. So, with us, you’ll get the lowest Ice Nine Kills ticket prices and the best places for the show.