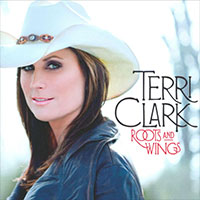 Terri Clark will be performing an event in the next dates is right in your area. Buy tickets for your favorite performer or group and you will be able to visit his show already tomorrow!

Share with friends:
Updated: 05-24-2022
Terri Clark is a Canadian country music artist who has had success in both Canada and the United States. Signed to Mercury Records in 1995, she released her self-titled debut that year. Both it and its two follow-ups, 1996's Just the Same and 1998's How I Feel, were certified platinum in both countries, and produced several Top Ten country hits.

Her fourth album, 2000's Fearless, though certified gold in Canada, was not as successful in the U.S., producing no Top 10 hits. Pain to Kill from 2003 restored her chart momentum in the U.S. with "I Just Wanna Be Mad" and "I Wanna Do It All", while a 2004 greatest hits album produced the Number One "Girls Lie Too". A non-album single, "The World Needs a Drink", and the 2005 album Life Goes On were her last releases for Mercury before she signed to BNA Records in 2007. There, she released the singles "Dirty Girl" and "In My Next Life". Although the latter went to Number One in Canada, she has not released an album for BNA.

Clark's albums have accounted for more than twenty singles, including six Number Ones. "If I Were You", "Poor Poor Pitiful Me", "Emotional Girl" and "In My Next Life" all topped the country charts in Canada (the former three were also U.S. Top Ten singles), "Girls Lie Too" reached Number One only in the U.S., and "You're Easy on the Eyes" was a Number One in both countries.

Clark released her eighth studio album, Roots and Wings, on July 26, 2011. It includes "Smile", a song she wrote for her mom after her death due to a long battle with cancer. The album's lead off single, "Northern Girl," was released on April 18, 2011. "We're Here for a Good Time," "The One," and "Wrecking Ball," were all also released as singles from the album. Clark's ninth studio album, Classic, was released on November 13, 2012, in Canada. The album includes classic country standards such as "Love Is a Rose", which was issued as the album's lead single, and features duets with Reba McEntire, Jann Arden, Dierks Bentley, Tanya Tucker and Dean Brody.

Clark's tenth studio album, Some Songs, was produced by Michael Knox. It was released on September 2, 2014 and includes ten songs. The album was funded through PledgeMusic and was distributed by Clark's own BareTrack Records and Universal Music Canada. The album's first single, "Some Songs", shipped to Canadian country radio on May 26. Clark previously co-hosted America's Morning Show on Nash FM with Blair Garner and Chuck Wicks. As of the April 9/10 weekend in 2016, Terri became the new hostess of the Saturday night classic country program Country Gold, replacing Randy Owen. In 2018, Clark was inducted into the Canadian Country Music Hall of Fame. Clark's eleventh studio album, Raising the Bar, was released on September 14, 2018.

Looking for the cheapest concert tickets for the show of Terri Clark Tour 2023? If yes, then welcome to our portal offering a wide choice of either cheap of VIP tickets. Furthermore, we guarantee that here, you will definitely find so desired tickets for the performance of the Terri Clark 2022 Tour dates you adore.

The show of Terri Clark is worth seeing. You won’t regret because this talented person will gift you unforgettable emotions, help you forget about all problems and allow you to jump into the fantastic world of music for only one evening.

The primary target of our service is to offer Terri Clark tour tickets for the show of your favorite singer at the most affordable price. You may be sure that choosing our ticket service, you will not overpay and get the entrance ticket for the incredible performance, you were waiting for so long. We know everything about the way how a professional ticket service should work. So, with us, you’ll get the lowest Terri Clark ticket prices and the best places for the show.