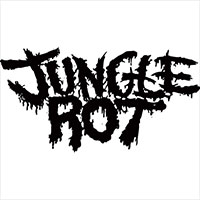 Jungle Rot will be performing an event in the next dates is right in your area. Buy tickets for your favorite performer or group and you will be able to visit his show already tomorrow!

Share with friends:
Updated: 01-27-2023
Jungle Rot is an American death metal band from Kenosha, Wisconsin, United States, formed in 1992. Jungle Rot was founded in 1991 as a side project by Jim Harte and Joe Thomas, members of the Illinois thrash metal act, Prisoner. The band's name refers to Jungle rot, an infection of the feet, which people developed in the jungle when their military boots got wet and were left on. The band recorded their first demo Rip Off Your Face, a fun offering of immature death metal heavily influenced by the likes of S.O.D. and Celtic Frost. Then, they acquired Kenosha-based guitarist Dave Matrise (Num Skull, Nocturnal, Fatal Violence) in 1993. It wasn't until 1994 when Matrise took over that the band got serious and started to take off. The band refined their style and released their second demo Skin The Living in 1995, which is the year Matrise acknowledges the band began.

In early 2015 the band played the prestigious 70000 Tons of Metal cruise, and announced via their social media that they were working on their ninth studio album, Order Shall Prevail, to be released later in the year on Victory Records. Pre-orders for the album were announced on May 26, along with the album's track listing, release date of June 30, and a stream for the single "Paralyzed Prey." On May 27, 2015 it was revealed that Max Cavalera (Sepultura, Soulfly, Cavalera Conspiracy) would be lending his vocals on the track "Fight Where You Stand". On June 29 the official music video for the single "Paralyzed Prey" premiered on Vevo.

On March 7, 2016 Jungle Rot released a video for the track "Doomsday" via Victory Records. The band was also announced as part of the 2016 edition of the Metal Alliance Tour alongside Dying Fetus and The Acacia Strain.

In the summer of 2017, Jungle Rot completed a successful US and Canada tour with legendary German thrash band Destruction, and California's Warbringer, and announced that they would be entering the studio in January 2018 to record their 10th studio album to be released in mid-2018. The as-of-yet untitled collection of songs is said to include; "Delusional Denial", "Glory For The Fallen", "Stay Dead", "Twisted Mind", "Fearmonger", "Pumped Full Of Lead", "A Burning Cinder", "Triggered", "Full Scale War" and "Send Forth Oblivion". It was also revealed that former drummer Jesse Beahler would perform the drums on this new album.

On June 8, 2018, the band announced their self-titled tenth album will be released on July 20, 2018. Two singles were released in June 2018: "A Burning Cinder" and "Fearmonger", the latter featuring guest vocal contributions from Destruction frontman Schmier.

Looking for the cheapest concert tickets for the show of Jungle Rot Tour 2024? If yes, then welcome to our portal offering a wide choice of either cheap of VIP tickets. Furthermore, we guarantee that here, you will definitely find so desired tickets for the performance of the Jungle Rot 2023 Tour dates you adore.

The show of Jungle Rot is worth seeing. You won’t regret because this talented person will gift you unforgettable emotions, help you forget about all problems and allow you to jump into the fantastic world of music for only one evening.

The primary target of our service is to offer Jungle Rot tour tickets for the show of your favorite singer at the most affordable price. You may be sure that choosing our ticket service, you will not overpay and get the entrance ticket for the incredible performance, you were waiting for so long. We know everything about the way how a professional ticket service should work. So, with us, you’ll get the lowest Jungle Rot ticket prices and the best places for the show.