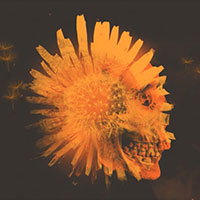 Barns Courtney will be performing an event in the next dates is right in your area. Buy tickets for your favorite performer or group and you will be able to visit his show already tomorrow!

Share with friends:
Updated: 08-11-2022
Barnaby George Courtney is an English singer, songwriter, and musician. In 2015, Courtney released his first track as a solo artist, "Glitter & Gold", which received radio play on BBC Introducing Suffolk and by BBC Radio 1's Phil Taggert, and led to an appearance at Radio 1's Big Weekend in Exeter the following year. "Glitter & Gold" also reached #1 on the UK Spotify Viral Chart, and #2 on the iTunes Alternative Chart. Glitter & Gold" was later used in the trailer for the 2016 film The Founder starring Michael Keaton.

Also in 2015, "Fire" was featured in the Bradley Cooper movie Burnt and went on to receive airplay on American rock radio in 2016. "Fire" was later used in the advertisement of the 23rd season of "Top Gear". To date, "Fire" has been streamed more than 49 million times on Spotify, while "Glitter & Gold" has been streamed more than 65 million times. Courtney played at the SXSW Music Festival in Austin, Texas, in a showcase for NME magazine in March 2016 and performed "Fire" on Conan O'Brien's TBS talkshow Conan in June. Another track, "Hobo Rocket", was included on the soundtrack of the EA Sports video game FIFA 17. In early 2017, the It's All Indie website selected Courtney as its #1 Sound of 2017. The track 'Fire' has also featured on a 2019 advert for Peleton home spinning bikes. Courtney has opened for artists including The Who, The Libertines, Ed Sheeran, The Lumineers, Tom Odell and Fitz and The Tantrums, and opened for Blur at the closing party for the 2016 Abu Dhabi Grand Prix. He is currently working on his first full-length album, and will be performing at the BottleRock Napa Valley festival in California, the Governors Ball Music Festival in New York and the LaureLive Music Festival in Cleveland, OH later in 2017.

In late January he also announced details of an extensive US headlining tour, in addition to the release of his debut EP, The Dull Drums. His song, ""Hellfire", was named as the official theme song for Extreme Rules in 2017.

In May 2018, the Netflix series Safe used his song "Glitter & Gold" as its intro song. Additionally they used the track "Fire" as the credit track.His song "Champion" is featured in the San Diego Studio video game MLB The Show 18. His song "Hellfire" is featured on the first episode of the first season of Marvel's Cloak and Dagger, initially aired 7 June 2018. Courtney is also credited as featuring on The Prodigy song "Give Me a Signal" from their new album No Tourists. Courtney's song "Champion" was also used in the first gameplay trailer for the Battle Charge gameplay expansion for the popular battle royale shooter Apex Legends. Courtney’s song “Fun Never Ends” is featured on the soundtrack of the EA Sports video game NHL 20.
His song "Castaway" is featured in CW's Nancy Drew TV series. His song 'Hellfire' was featured in the final of I'm a celebrity get me out of here 2019.

Looking for the cheapest concert tickets for the show of Barns Courtney Tour 2023? If yes, then welcome to our portal offering a wide choice of either cheap of VIP tickets. Furthermore, we guarantee that here, you will definitely find so desired tickets for the performance of the Barns Courtney 2022 Tour dates you adore.

The show of Barns Courtney is worth seeing. You won’t regret because this talented person will gift you unforgettable emotions, help you forget about all problems and allow you to jump into the fantastic world of music for only one evening.

The primary target of our service is to offer Barns Courtney tour tickets for the show of your favorite singer at the most affordable price. You may be sure that choosing our ticket service, you will not overpay and get the entrance ticket for the incredible performance, you were waiting for so long. We know everything about the way how a professional ticket service should work. So, with us, you’ll get the lowest Barns Courtney ticket prices and the best places for the show.