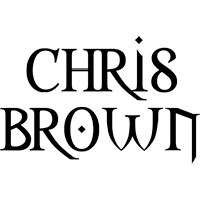 Chris Brown will be performing an event in the next dates is right in your area. Buy tickets for your favorite performer or group and you will be able to visit his show already tomorrow!

Share with friends:
Updated: 07-01-2022
Christopher Maurice Brown is an American singer, songwriter, and actor. Born in Tappahannock, Virginia, he was involved in his church choir and several local talent shows from a young age. Having signed with Jive Records in 2004, Brown released his self-titled debut studio album the following year. It peaked at number two on the US Billboard 200 and was later certified double platinum by the Recording Industry Association of America (RIAA), selling an overall three million copies worldwide. With his first single "Run It!" peaking atop the US Billboard Hot 100, Brown became the first male artist as a lead since Diddy in 1997 to have his debut single top the chart. His second album Exclusive spawned his second Hot 100 number one "Kiss Kiss", in addition to "With You" and "Forever". The album was also certified double platinum by the RIAA. In addition to his solo commercial success, Brown has been featured on several singles such as "No Air", a duet with singer Jordin Sparks, "Shortie Like Mine" with the rapper Bow Wow and "Shawty Get Loose" alongside Lil Mama and T-Pain. The songs have peaked at number three, number nine, number ten and eight on the US Billboard Hot 100 respectively.

In 2009, Brown received significant media attention after pleading guilty to felony assault of his then girlfriend, singer Rihanna; he was sentenced to five years of probation and six months of community service. His third album Graffiti was released later that year, and included the top-twenty single "I Can Transform Ya". Brown's fourth album F.A.M.E. became his first to top the Billboard 200; it spawned the singles "Yeah 3x", "Look at Me Now", and "Beautiful People". F.A.M.E. earned Brown his first Grammy Award for Best R&B Album at the 54th Grammy Awards. His fifth album Fortune was released in 2012, with X, Royalty and Heartbreak on a Full Moon being released the following years, all peaking in the top 5 on the Billboard 200 charts. Brown has sold more than 30 million albums and 75 million singles worldwide, making him one of the world's best-selling music artists.

Alongside his work in the music industry, Brown has pursued an acting career. In 2007, he made his on-screen feature film debut in Stomp the Yard, and appeared as a guest on the television series The O.C.. Other films Brown has appeared in, include This Christmas, Takers, Think Like a Man, and Battle of the Year. Throughout his career, Brown has won several awards, including 14 BET Awards, 5 Billboard Music Awards, and 5 Soul Train Music Awards. According to Billboard, Brown has the seventh most Hot 100 entries on the chart with 90.

Looking for the cheapest concert tickets for the show of Chris Brown Tour 2023? If yes, then welcome to our portal offering a wide choice of either cheap of VIP tickets. Furthermore, we guarantee that here, you will definitely find so desired tickets for the performance of the Chris Brown 2022 Tour dates you adore.

The show of Chris Brown is worth seeing. You won’t regret because this talented person will gift you unforgettable emotions, help you forget about all problems and allow you to jump into the fantastic world of music for only one evening.

The primary target of our service is to offer Chris Brown tour tickets for the show of your favorite singer at the most affordable price. You may be sure that choosing our ticket service, you will not overpay and get the entrance ticket for the incredible performance, you were waiting for so long. We know everything about the way how a professional ticket service should work. So, with us, you’ll get the lowest Chris Brown ticket prices and the best places for the show.