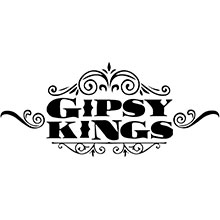 Gipsy Kings will be performing an event in the next dates is right in your area. Buy tickets for your favorite performer or group and you will be able to visit his show already tomorrow!

Share with friends:
Updated: 11-30-2022
The Gipsy Kings are a group of flamenco, salsa and pop musicians from Arles and Montpellier in the south of France, who perform in Andalusian Spanish. Although group members were born in France, their parents were mostly gitanos, Spanish gypsies who fled Catalonia during the 1930s Spanish Civil War. They are known for bringing Catalan rumba, a pop-oriented music distantly derived from traditional flamenco music, to worldwide audiences. The group originally called itself Los Reyes.

Their music has a particular rumba flamenca style, with pop influences; many songs of the Gipsy Kings fit social dances, such as salsa and rumba. Their music has been described as a place where "Spanish flamenco and gypsy rhapsody meet salsa funk".

The Gipsy King line-up featured a combination of left, and right-handed guitarists; three of the Reyes brothers (Nicolas, Andre', and Patchai) play guitar left-handed, and play left-hand (and sometimes right-hand) guitars that are strung for right-handers (i.e. with the low "E" string on the bottom), while Diego Baliardo plays a left-handed guitar that is strung for left hand (i.e. with the low "E" string on the top). Together with right-handers Canut and Paul Reyes, and Paco Baliardo, these guitarists focus on delivering the strong underpinning rhythms while the more complex leads are performed by the right-handed and conventionally styled Tonino Baliardo.

They became popular with their self-titled third album, Gipsy Kings, which included the songs "Djobi Djoba", "Bamboléo", and the romantic ballad "Un Amor". Gipsy Kings was popular throughout Europe and in Africa, as well as in the Middle East.

Gipsy Kings was released in the United States in 1989 and spent 40 weeks on the charts, one of few Spanish language albums to do so. The band covered "I've Got No Strings" for the 1991 Disney video and compilation album Simply Mad About the Mouse. Their cover version of "Hotel California" was an example of fast flamenco guitar leads and rhythmic strumming: it was featured in the 1998 Coen Brothers' movie The Big Lebowski. The 2010 film Toy Story 3 featured their rendition of "You've Got a Friend in Me", a Spanish-language version titled "Hay un Amigo en Mi" and performed in a recognisably flamenco style.

Looking for the cheapest concert tickets for the show of Gipsy Kings Tour 2023? If yes, then welcome to our portal offering a wide choice of either cheap of VIP tickets. Furthermore, we guarantee that here, you will definitely find so desired tickets for the performance of the Gipsy Kings 2022 Tour dates you adore.

The show of Gipsy Kings is worth seeing. You won’t regret because this talented person will gift you unforgettable emotions, help you forget about all problems and allow you to jump into the fantastic world of music for only one evening.

The primary target of our service is to offer Gipsy Kings tour tickets for the show of your favorite singer at the most affordable price. You may be sure that choosing our ticket service, you will not overpay and get the entrance ticket for the incredible performance, you were waiting for so long. We know everything about the way how a professional ticket service should work. So, with us, you’ll get the lowest Gipsy Kings ticket prices and the best places for the show.