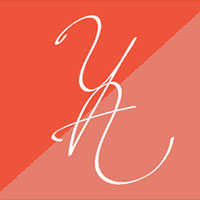 Yolanda Adams will be performing an event in the next dates is right in your area. Buy tickets for your favorite performer or group and you will be able to visit his show already tomorrow!

Share with friends:
Updated: 01-28-2022
Yolanda Yvette Adams is an American gospel singer, record producer, actress, and radio host of her own nationally syndicated morning gospel show. She has sold nearly 10 million albums worldwide according to SoundScan. Adams is known as the "Queen of Contemporary Gospel Music" and the "First Lady of Modern Gospel". Variety dubbed Adams as the "Reigning Queen of Urban Gospel".

On December 11, 2009, Billboard named her the No. 1 Gospel Artist of the last decade In the same chart, her album Mountain High...Valley Low was acknowledged as the best gospel album. After the release of What a Wonderful Time, Adams embarked on the radio career with The Yolanda Adams Morning Show which was aired in over 26 radio markets within two years. Her radio show featured Marcus D. Wiley as Bishop Secular. The syndicated show aired for ten years before ending in 2016. It relaunched in September 2019 from Texas Southern University's KTSU-FM 90.9.

On December 25, 2009, Adams performed on BET's The Mo'Nique Show, where she sang "Already Alright", from her 1999 Mountain High...Valley Low album. Mo'Nique stated that the song is one of her favorites. In 2010, Adams released her book "Points of Power", based on one of the segments of her radio show Points of Power.

Adams appeared on the 2011 BET Honors to sing her signature song "The Battle Is the Lord's" in honor of Cicely Tyson. Later, Adams appeared at the 53rd Grammy Awards, taking part in a tribute to Aretha Franklin along with Jennifer Hudson, Christina Aguilera, Florence Welch from Florence and the Machine, and Martina McBride. Adams performed "Spirit in the Dark" – Franklin's classic from 1970. On several occasions, Franklin stated that she "especially loved" Adams' performance. On May 29, 2011, Adams sang at the prestigious National Memorial Day Concert in Washington, DC, to honor the U.S. soldiers.

Adams' eleventh studio album, Becoming, was released on May 3, 2011 produced by Steve Bracey. The new single, "Be Still", by Drathoven, debuted on Tuesday, April 19 on The Yolanda Adams Morning Show. Becoming was released by Walmart as an exclusive deal. At The BET Awards 2012, Adams' won the award for Best Gospel Artist for the 4th time in her career having won the most since the first BET Awards in 2001.

On an April 2013 episode of BET's Lift Every Voice, Adams announced that she was working on her twelfth studio album. The album title and release date has yet to be announced, but she announced songwriting and producing credits from the likes of super gospel producers Donald Lawrence, Israel Houghton & Kirk Franklin. She also mentioned a song and studio session with Grammy, Billboard & ASCAP award-winning global hit songwriter Diane Warren (Whitney Houston, Patti Labelle, Tina Turner, Elton John).

Looking for the cheapest concert tickets for the show of Yolanda Adams Tour 2023? If yes, then welcome to our portal offering a wide choice of either cheap of VIP tickets. Furthermore, we guarantee that here, you will definitely find so desired tickets for the performance of the Yolanda Adams 2022 Tour dates you adore.

The show of Yolanda Adams is worth seeing. You won’t regret because this talented person will gift you unforgettable emotions, help you forget about all problems and allow you to jump into the fantastic world of music for only one evening.

The primary target of our service is to offer Yolanda Adams tour tickets for the show of your favorite singer at the most affordable price. You may be sure that choosing our ticket service, you will not overpay and get the entrance ticket for the incredible performance, you were waiting for so long. We know everything about the way how a professional ticket service should work. So, with us, you’ll get the lowest Yolanda Adams ticket prices and the best places for the show.