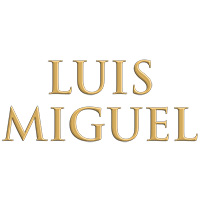 Luis Miguel will be performing an event in the next dates is right in your area. Buy tickets for your favorite performer or group and you will be able to visit his show already tomorrow!

Share with friends:
Updated: 07-06-2022
Luis Miguel Gallego Basteri is a Mexican singer and an icon in Latin America, he is often referred to as El Sol de Mexico. He is widely regarded by many as the most successful artist in Latin American history, having successfully performed in a wide range of musical styles, including pop, ballads, boleros, tangos, jazz, big band and mariachi. To date, he has sold over 100 million records worldwide.

Latin pop music, along with his personal life and showmanship on stage, has made Luis Miguel popular for nearly his entire career, which started in Mexico in 1982. Having won his first Grammy Award at the age of fourteen for his duet "Me Gustas Tal Como Eres" with Sheena Easton, he is the youngest male artist in music history to have received this accolade. In 1991, the RIAA recognized the high sales for his 1991 album Romance, itself being the third best-selling music album in Mexico, and one of the best-selling Spanish language albums of all time. He was the first Latin artist to have been awarded two Platinum certified Spanish-language albums in the United States with Romance and Segundo Romance the latter earning him 35 platinum records throughout Central and South America. He is also recognized by Billboard, as the artist with the most top 10 hits on the Billboard's Hot Latin Songs chart. His album Complices was released in 2008 and peaked at No.10 on the Billboard Top 200, it is the highest position a fully spanish composed album has reached. His most recent album Mexico Por Siempre was released in 2017, it earned him his second No. 1 on the Billboard Regional Mexican Albums and achieved double platinum status.

Miguel is also known for his high-grossing live performances. With the Luis Miguel Tour, which took place in 2010, he visited 22 countries in North America, South America and Europe, were he performed in a three year span with a total of 223 shows all over the world, making it the longest and highest grossing tour ever made by a Latin artist. He also holds the record for the most consecutive sold out presentations in the Auditorio National (National Auditorium) with a total of 30 consecutive concerts as well as the record for the most presentations in the same venue with a total of 240 concerts

Looking for the cheapest concert tickets for the show of Luis Miguel Tour 2023? If yes, then welcome to our portal offering a wide choice of either cheap of VIP tickets. Furthermore, we guarantee that here, you will definitely find so desired tickets for the performance of the Luis Miguel 2022 Tour dates you adore.

The show of Luis Miguel is worth seeing. You won’t regret because this talented person will gift you unforgettable emotions, help you forget about all problems and allow you to jump into the fantastic world of music for only one evening.

The primary target of our service is to offer Luis Miguel tour tickets for the show of your favorite singer at the most affordable price. You may be sure that choosing our ticket service, you will not overpay and get the entrance ticket for the incredible performance, you were waiting for so long. We know everything about the way how a professional ticket service should work. So, with us, you’ll get the lowest Luis Miguel ticket prices and the best places for the show.

5/ 5
Luis is magnificent!!! His voice is marvelous)) I like him very much. When he had a tour in Latin America it was a dream to get a ticket for his concert. Everywhere where I searched for the tickets they were so expensive. Thanks to the cheapest concert tickets I bought them at a very good price and enjoyed the performance so much. Thanks!!!