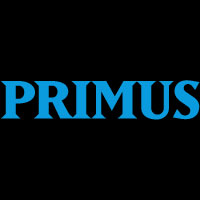 Primus will be performing an event in the next dates is right in your area. Buy tickets for your favorite performer or group and you will be able to visit his show already tomorrow!

Share with friends:
Updated: 08-10-2022
Primus is an American funk metal band formed in El Sobrante, California in 1984. The band is currently composed of bassist/vocalist Les Claypool, guitarist Larry "Ler" LaLonde and drummer Tim "Herb" Alexander. Primus originally formed in 1984 with Claypool and guitarist Todd Huth, later joined by drummer Jay Lane, though the latter two departed the band at the end of 1988. Featuring LaLonde and Alexander, Primus recorded the live album Suck on This in 1989, followed by four studio albums: Frizzle Fry, Sailing the Seas of Cheese, Pork Soda, and Tales from the Punchbowl. Alexander left the band in 1996, replaced by Bryan "Brain" Mantia, and Primus went on to record the original theme song for the TV show South Park and two more albums, Brown Album and Antipop, before declaring a hiatus in 2000.

In 2003, Claypool and LaLonde reunited with Alexander and released a DVD/EP, Animals Should Not Try to Act Like People, before touring sporadically through 2009. In 2010, Lane rejoined Primus, replacing Alexander, and the band released their seventh album, Green Naugahyde, in 2011. In 2013, Lane left the band to focus on other projects, and Alexander rejoined once again. They have released some of their records on Claypool's own label Prawn Song Records. Primus is characterized by its irreverent, quirky approach to music. In 1993, Robert Christgau remarked: "Primus is quite possibly the strangest top-10 band ever, and good for them."

In September 2013, Claypool revealed that Lane had departed Primus to focus on RatDog with Bob Weir. Previous drummer Alexander rejoined the band in his place. Claypool also revealed that the band were "talking about going into the studio in November. But it's all a little premature - we'll see what happens". In December, Alexander revealed that the band had been "in Les's studio working on stuff for the new year's show but I don't know if there are any plans for releasing that." When asked about performing new material during the 2014 Australia tour, he said "looking at the band's touring schedule, it doesn't look like there's going to be any time to write anything new."

The first official Primus show with Alexander back on drums was New Year's Eve 2013 at the Fox Theater in Oakland. The band performed their first set in front of the iconic Suck On This backdrop seen in the "Too Many Puppies" music video. For their second set, Primus were joined by "the Frog Brigade Ensemble", consisting of saxophonist Skerik and percussionist Mike Dillon, as they performed the soundtrack from the 1971 film Willy Wonka & the Chocolate Factory in its entirety. The band later announced that a studio recording of the soundtrack, titled Primus & the Chocolate Factory with the Fungi Ensemble, would be released on October 21, 2014.

On September 16, 2014, a biography of the band was released via Akashic Books titled Primus, Over the Electric Grapevine: Insight into Primus and the World of Les Claypool, written by music journalist and author Greg Prato in affiliation with Primus. The book chronicles the band's career alongside Claypool's other projects and features interviews with band members past and present, as well as Geddy Lee, Tom Waits, Tom Morello, Kirk Hammett, Stewart Copeland, Trey Anastasio, and Matt Stone, among others. In late October 2015, the band released the first music video from their Primus & the Chocolate Factory with the Fungi Ensemble album, for the track "Candyman". In mid-October 2016, the band performed at the fifth annual Desert Daze music festival in Joshua Tree, California.

On July 31, 2017, Primus announced their ninth studio album The Desaturating Seven and a US tour. On that same day, the album's first single "The Seven" was also released. The album is inspired by the children's book The Rainbow Goblins, written by Italian author Ul de Rico, which lead singer and bassist Claypool used to read to his children. It was released on September 29, 2017. During their co-headling tour with Mastodon in 2018, the band played the album in its entirety. Primus – alongside Ministry and Philip H. Anselmo & The Illegals – also opened for Slayer on the final North American leg of their farewell tour in November 2019. On June 25, 2019, The New York Times Magazine listed Primus among hundreds of artists whose material was reportedly destroyed in the 2008 Universal fire.

Unlike other bands associated with the 1990s alternative music movement, Primus emerged from a mostly heavy metal background, with Claypool and LaLonde previously a part of the 1980s Californian thrash metal underground. Kirk Hammett, guitarist of Bay Area thrash metal band Metallica, stated in a 1991 interview that Primus are "unique, they're a square peg in a round hole". The music of Primus has been described as "thrash-funk meets Don Knotts, Jr." and "the Freak Brothers set to music". Also, Primus has been categorized as alternative rock, alternative metal, experimental rock, funk rock, funk metal, progressive rock, and "thrash-funk". Regarding the band's genre, Claypool has stated "We've been lumped in with the funk metal thing just about everywhere. I guess people just have to categorize you". MTV suggests that Primus is "a post-punk Rush spiked with the sensibility and humor of Frank Zappa". Les Claypool himself once described their music as "psychedelic polka." Spin have labelled Primus as "pranksters" and an "unlikely gold-selling white trash purveyor of hard-ass pinballing funk metal".

Looking for the cheapest concert tickets for the show of Primus Tour 2023? If yes, then welcome to our portal offering a wide choice of either cheap of VIP tickets. Furthermore, we guarantee that here, you will definitely find so desired tickets for the performance of the Primus 2022 Tour dates you adore.

The show of Primus is worth seeing. You won’t regret because this talented person will gift you unforgettable emotions, help you forget about all problems and allow you to jump into the fantastic world of music for only one evening.

The primary target of our service is to offer Primus tour tickets for the show of your favorite singer at the most affordable price. You may be sure that choosing our ticket service, you will not overpay and get the entrance ticket for the incredible performance, you were waiting for so long. We know everything about the way how a professional ticket service should work. So, with us, you’ll get the lowest Primus ticket prices and the best places for the show.