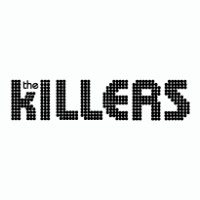 The Killers will be performing an event in the next dates is right in your area. Buy tickets for your favorite performer or group and you will be able to visit his show already tomorrow!

Share with friends:
Updated: 12-07-2022
The Killers are an American rock band formed in Las Vegas in 2001 by Brandon Flowers (lead vocals, keyboards, bass) and Dave Keuning (lead guitar, backing vocals). The current lineup of the band (as of 2020) was completed when Mark Stoermer (bass, rhythm guitar, backing vocals) and Ronnie Vannucci Jr. (drums, percussion) joined in 2002. The band's name is derived from a logo on the bass drum of a fictitious band portrayed in the music video for the New Order song "Crystal."

The band has released five consecutive chart-topping studio albums: Hot Fuss (2004), Sam's Town (2006), Day & Age (2008), Battle Born (2012) and Wonderful Wonderful (2017). They have also released a B-sides and rarities compilation, Sawdust (2007); a live album, Live from the Royal Albert Hall (2009); a greatest-hits album, Direct Hits (2013); and a Christmas compilation, Don't Waste Your Wishes (2016). The Killers are considered one of the biggest rock bands of the 21st century, and the most successful act to ever emerge from Nevada, selling more than 28 million albums. They have performed in over 50 countries and on six continents, headlining venues such as Madison Square Garden, Wembley Stadium and Glastonbury Festival (2007 and 2019).

The band returned to the stage in 2011 when they headlined the new International Lollapalooza Festival in Santiago, Chile on April 2, 2011. They also performed at the season closing Top of the Mountain concert in Ischgl, Austria on April 30, 2011. They headlined Hard Rock Calling for the second time in Hyde Park, London on June 24, 2011. The Killers were also the inaugural headliner of the new Orlando Calling Festival in Orlando, Florida on November 12, 2011.

The Killers released their fifth studio album, Wonderful Wonderful, on September 22, 2017. The album was produced by Jacknife Lee and lead single "The Man" was released on June 14, 2017. Before the album's release the band headed to Europe for a number of summer festival dates, including a secret set at Glastonbury Festival, where Stoermer joined them to perform on the John Peel Stage, the same stage they had performed on during their first appearance at the festival 13 years earlier. The run of shows concluded with a sold-out headline performance at the British Summer Time festival in London's Hyde Park.

Wonderful Wonderful became the band's first album to reach the number one spot on the US Billboard 200; it also claimed the top spot on the UK Album Chart, making The Killers the first international act to have their first five studio albums reach number one in the UK. In May 2018, Flowers told the Irish Independent that he wanted to make another album with the band. In October 2018, guitarist Dave Keuning told NME that the band was in the early stages of the next album, though he wasn't sure how big a role he would have in its creation process.

On January 14, 2019, the band released the standalone track, "Land of the Free", the official music video for which was directed by Spike Lee. It was announced that The Killers would be performing at Woodstock 50, though Woodstock 50 was canceled after a series of permit and production issues, venue relocations, and artist cancellations.

Looking for the cheapest concert tickets for the show of The Killers Tour 2023? If yes, then welcome to our portal offering a wide choice of either cheap of VIP tickets. Furthermore, we guarantee that here, you will definitely find so desired tickets for the performance of the The Killers 2022 Tour dates you adore.

The show of The Killers is worth seeing. You won’t regret because this talented person will gift you unforgettable emotions, help you forget about all problems and allow you to jump into the fantastic world of music for only one evening.

The primary target of our service is to offer The Killers tour tickets for the show of your favorite singer at the most affordable price. You may be sure that choosing our ticket service, you will not overpay and get the entrance ticket for the incredible performance, you were waiting for so long. We know everything about the way how a professional ticket service should work. So, with us, you’ll get the lowest The Killers ticket prices and the best places for the show.