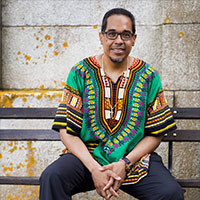 Danilo Perez will be performing an event in the next dates is right in your area. Buy tickets for your favorite performer or group and you will be able to visit his show already tomorrow!

Share with friends:
Updated: 12-02-2022
Danilo Pérez is a Panamanian pianist, composer, educator, and a social activist. His music is a blend of Panamanian roots with elements of Latin American folk music, jazz, European impressionism, African, and other musical heritages that promote music as a multi-dimensional bridge between people. He has released 11 albums as a leader, and appeared on many recordings as a side man, which have earned him critical acclaim, numerous accolades, Grammy Awards wins and nominations. He is a recipient of the United States Artists Fellowship, and the 2009 Smithsonian Legacy Award.

Pérez has received commissions from many chamber groups and his work often finds inspiration in the people, journeys and events that shaped the origins of the Americas. In 2011 the Imani Winds commissioned Pérez as part of their legacy commissioning for his composition Travesias Panameñas. In 2012 Pérez was commissioned by Carnegie Hall to compose an octet for members of the Simón Bolívar Symphony Orchestra of Venezuela. Pérez describes the work, Cuentos del Mar, as, “a brushstroke of the oceanic museum of life-the place where we see ourselves depicted, hopeful or mistaken. It is a story of ambition and colonization, a new world that is full of hope and ready to change the course of humanity.

Another commission in 2013 by the Banff Center for his piece Camino de Cruces, written for the Cecilia Quartet. A three-movement crossover work for piano and string quartet. About this work Pérez states, “Camino de Cruces tries to create a personal journey that captures the different challenges the Spaniards, native Indians, and slaves may have faced during their journey from the Atlantic to the Pacific during colonization. At the base of the piece is folkloric counterpoint: native Indian, African, and European cultures blending their influences to create a hybrid form in order to represent Panama as a melting pot". Perez continues “This piece is based on my concept called three-dimensional music that combines jazz, Pan-American folklore, and classical music. It has melodic references to traditional Panamanian folklore mixed with North American blues and improvisations, fused with harmonic language from my background in classical music and jazz.” - Danilo Perez.

In 2015 Pérez was commissioned by the Museum of Biodiversity in Panama designed by architect Frank Gehry to compose a site specific work. For this occasion Pérez developed a tridimensional music concept where 3 different musical stories could be heard individually and/or together depending on where the listener stood in the gallery. The four-part composition was intended as a soundtrack for one of the museum's permanent exhibitions “The Human Path.” with each movement of the work corresponding to one of four key eras: the beginning of man, the development of the native culture, colonization, and modernity. Perez once dreamed of bringing a world-class jazz club to Panama and the dream became realized as the opening of Danilo's Jazz Club on Sunday, February 23, 2014.

In 2015 Pérez premiered two brand new commissions. In July, his composition "Expeditions- Panamania 2015" was performed at the Panamerican games in Toronto. The same year in September, he also premiered his "Detroit World Suite- La leyenda de Bayano at the Detroit Jazz Festival. Some of Perez's accomplishments include The Legacy Award from the Smithsonian Latino Center, the ASICOM International Award from the University of Oviedo and the Gloria Career Achievement Award from the International Latino Cultural Center of Chicago are among the significant acknowledgements he has received for his work. Pérez previously served as Goodwill Ambassador to UNICEF and currently serves as an UNESCO Artist for Peace and as Cultural Ambassador to the Republic of Panama. In 2016 Pérez received an honorary doctorate from the University of Panama. Mr Perez's work continues to receive recognition all around the world and in 2017 the Puerto Rico Heineken Jazz Festival dedicated its edition in honor and the work of Panamanian pianist Danilo Pérez. In 2018 Danilo Pérez won the United States Artists Fellowship and the Victoriano Lorenzo Award.

Looking for the cheapest concert tickets for the show of Danilo Perez Tour 2023? If yes, then welcome to our portal offering a wide choice of either cheap of VIP tickets. Furthermore, we guarantee that here, you will definitely find so desired tickets for the performance of the Danilo Perez 2022 Tour dates you adore.

The show of Danilo Perez is worth seeing. You won’t regret because this talented person will gift you unforgettable emotions, help you forget about all problems and allow you to jump into the fantastic world of music for only one evening.

The primary target of our service is to offer Danilo Perez tour tickets for the show of your favorite singer at the most affordable price. You may be sure that choosing our ticket service, you will not overpay and get the entrance ticket for the incredible performance, you were waiting for so long. We know everything about the way how a professional ticket service should work. So, with us, you’ll get the lowest Danilo Perez ticket prices and the best places for the show.