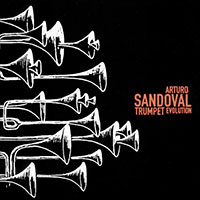 Arturo Sandoval will be performing an event in the next dates is right in your area. Buy tickets for your favorite performer or group and you will be able to visit his show already tomorrow!

Share with friends:
Updated: 08-11-2022
Arturo Sandoval is a Cuban-American jazz trumpeter, pianist and composer. Sandoval, while living in his native Cuba, was influenced by jazz musicians Charlie Parker, Clifford Brown, and Dizzy Gillespie, finally meeting Gillespie later in 1977. Gillespie became a mentor and colleague, playing with Sandoval in concerts in Europe and Cuba and later featuring him in the United Nations Orchestra. Sandoval defected while touring with Gillespie in 1990, and he became an American naturalized citizen in 1998.

His life was the subject of the film For Love or Country: The Arturo Sandoval Story (2000), starring Andy García. Sandoval has won ten Grammy Awards and been nominated nineteen times; he has also received six Billboard Awards and one Emmy Award. Additionally, Sandoval has performed in a Super Bowl Halftime Show (1995), in an Orange Bowl (2009) at the White House, and at the University of Notre Dame. On November 20, 2013, President Barack Obama presented Sandoval with the Presidential Medal of Freedom.

Sandoval was born in Artemisa. As a twelve-year-old boy in Cuba, Sandoval played trumpet with street musicians. He helped establish the Orquesta Cubana de Musica Moderna, which became the band Irakere in 1973. He toured worldwide with his own group in 1981. The following year he toured with Dizzy Gillespie, who became his friend and mentor. From 1982 to 1984, Sandoval was voted as Cuba's Best Instrumentalist and was a guest artist at the BBC and Leningrad Symphony Orchestras. In 1989, Gillespie invited Sandoval to be part of the United Nations Orchestra. During a tour with this group, Sandoval visited the American Embassy in Rome to defect from Cuba. He became an American citizen on December 7, 1998.

Sandoval has performed Latin jazz with Paquito D'Rivera, Tito Puente, and Chico O'Farrill, Cuban music in Miami, and classical music in England and Germany. In the 1990s, he was a member of the GRP All-Star Big Band. Sandoval's song "A Mis Abuelos" (To My Grandparents) received Grammy Award nominations for Best Instrumental Composition and Best Arrangement. This composition was featured on his Grammy-winning album, Danzon. Other highlights from Sandoval's discography featuring his compositions include Dear Diz (Every Day I Think of You) (2012), Live at the Blue Note (2005), Rumba Palace (Grammy 2007), and Hot House (Grammy 1998).

His 2018 album Ultimate Duets features a self-titled collaboration with Pharrell Williams and Ariana Grande. He currently resides in Miami, Florida, where he is a professor at the Florida International University and a visiting professor to the Whitworth University where he is in charge of its Jazz Ensemble. Prior to his appointment, he was performing worldwide with Los Angeles Philharmonic, Pittsburgh Symphony and National Symphony Orchestras.

The show of Arturo Sandoval is worth seeing. You won’t regret because this talented person will gift you unforgettable emotions, help you forget about all problems and allow you to jump into the fantastic world of music for only one evening.

The primary target of our service is to offer Arturo Sandoval tour tickets for the show of your favorite singer at the most affordable price. You may be sure that choosing our ticket service, you will not overpay and get the entrance ticket for the incredible performance, you were waiting for so long. We know everything about the way how a professional ticket service should work. So, with us, you’ll get the lowest Arturo Sandoval ticket prices and the best places for the show.