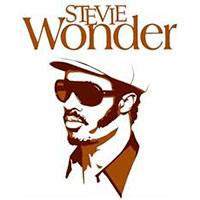 Stevie Wonder will be performing an event in the next dates is right in your area. Buy tickets for your favorite performer or group and you will be able to visit his show already tomorrow!

Share with friends:
Updated: 01-25-2022
Stevland Hardaway Morris known by his stage name Stevie Wonder, is an American singer, songwriter, record producer, and multi-instrumentalist. A child prodigy, he is considered to be one of the most critically and commercially successful musical performers of the late 20th century. Wonder signed with Motown's Tamla label at the age of 11 and he continued performing and recording for Motown into the 2010s. He has been blind since shortly after birth.

Among Wonder's works are singles such as "Signed, Sealed, Delivered I'm Yours", "Superstition", "Sir Duke", "You Are the Sunshine of My Life" and "I Just Called to Say I Love You"; and albums such as Talking Book, Innervisions and Songs in the Key of Life. He has recorded more than 30 U.S. top ten hits and received 25 Grammy Awards, one of the most-awarded male solo artists, and has sold over 100 million records worldwide, making him one of the top 60 best-selling music artists. Wonder is also noted for his work as an activist for political causes, including his 1980 campaign to make Martin Luther King Jr.'s birthday a holiday in the United States. In 2009, Wonder was named a United Nations Messenger of Peace. In 2013, Billboard magazine released a list of the Billboard Hot 100 All-Time Top Artists to celebrate the US singles chart's 55th anniversary, with Wonder at number six.

In 2000, Wonder contributed two new songs to the soundtrack for Spike Lee's Bamboozled album. In June 2006, Wonder made a guest appearance on Busta Rhymes' album The Big Bang, on the track "Been through the Storm". He sings the refrain and plays the piano on the Dr. Dre and Sha Money XL-produced track. He appeared again on the last track of Snoop Dogg's album Tha Blue Carpet Treatment, "Conversations". The song is a remake of "Have a Talk with God" from Songs in the Key of Life. In 2006, Wonder staged a duet with Andrea Bocelli on the latter's album Amore, offering harmonica and additional vocals on "Canzoni Stonate". Wonder also performed at Washington, D.C.'s 2006 "A Capitol Fourth" celebration. Wonder appeared on singer Celine Dion's studio album Loved Me Back to Life performing a cover of his 1985 song "Overjoyed". The album was released in October 2013.

Looking for the cheapest concert tickets for the show of Stevie Wonder Tour 2023? If yes, then welcome to our portal offering a wide choice of either cheap of VIP tickets. Furthermore, we guarantee that here, you will definitely find so desired tickets for the performance of the Stevie Wonder 2022 Tour dates you adore.

The show of Stevie Wonder is worth seeing. You won’t regret because this talented person will gift you unforgettable emotions, help you forget about all problems and allow you to jump into the fantastic world of music for only one evening.

The primary target of our service is to offer Stevie Wonder tour tickets for the show of your favorite singer at the most affordable price. You may be sure that choosing our ticket service, you will not overpay and get the entrance ticket for the incredible performance, you were waiting for so long. We know everything about the way how a professional ticket service should work. So, with us, you’ll get the lowest Stevie Wonder ticket prices and the best places for the show.