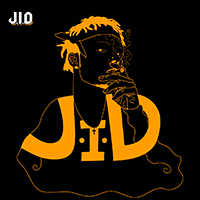 J.I.D will be performing an event in the next dates is right in your area. Buy tickets for your favorite performer or group and you will be able to visit his show already tomorrow!

Share with friends:
Updated: 07-06-2022
Destin Choice Route, known professionally as J.I.D (also stylized as JID), is an American rapper and songwriter. He is part of the musical collective Spillage Village, founded by EarthGang in 2010, with Hollywood JB, JordxnBryant, and 6LACK, among others. He is also signed to J. Cole's Dreamville Records and Interscope Records, where he began gaining recognition after releasing several independent projects such as Route of Evil (2012) and Para Tu (2013).

His debut studio album, The Never Story, was released on March 10, 2017 to critical acclaim and included the single "NEVER". He released his second album DiCaprio 2 on November 26, 2018 to positive reviews and critical acclaim.

In June 2018, he was featured on the cover of XXL's 2018 Freshman Class. In July, he was featured on Denzel Curry’s "Sirens" from Ta13oo, and was announced he would go on tour with Mac Miller and Thundercat. However, the tour has since been cancelled due to the passing of Mac Miller. The first single for his second album was released on September 18, titled “151 Rum”. On October 3, 2018, J.I.D premiered the song "Working Out" on A COLORS SHOW. On his birthday, his second album DiCaprio 2 was announced for a release date of November 26, 2018, and revealed the tracklist soon after. The album's second official single, "Off Deez" featuring J. Cole, was released on November 6. Other collaborators on the album include A$AP Ferg, 6LACK, Ella Mai, BJ the Chicago Kid, Method Man and Joey Bada$$, with production mainly coming from his in-house team of Christo, Hollywood JB, J. Cole and Elite, among others.

DiCaprio 2 was released on November 26, 2018 to positive reviews and critical acclaim. J.I.D announced the first leg of his headlining Catch Me If You Can tour, which included 34 dates, beginning in January 2019. The supporting acts were revealed to be Reason, Hardo, and Lou The Human. On February 9, J.I.D.'s show in Ithaca, New York was shut down by the police due to a visible crack forming in the ceiling underneath the venue where the concert was held. On Feburary 12, 2019, J.I.D. announced the second leg of his Catch Me If You Can tour. The tour includes 26 dates starting in May, and features supporting acts Saba, Deante Hitchcock, and Mereba

Looking for the cheapest concert tickets for the show of J.I.D Tour 2023? If yes, then welcome to our portal offering a wide choice of either cheap of VIP tickets. Furthermore, we guarantee that here, you will definitely find so desired tickets for the performance of the J.I.D 2022 Tour dates you adore.

The show of J.I.D is worth seeing. You won’t regret because this talented person will gift you unforgettable emotions, help you forget about all problems and allow you to jump into the fantastic world of music for only one evening.

The primary target of our service is to offer J.I.D tour tickets for the show of your favorite singer at the most affordable price. You may be sure that choosing our ticket service, you will not overpay and get the entrance ticket for the incredible performance, you were waiting for so long. We know everything about the way how a professional ticket service should work. So, with us, you’ll get the lowest J.I.D ticket prices and the best places for the show.