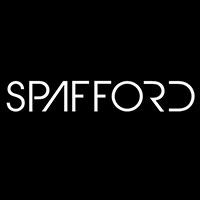 Spafford will be performing an event in the next dates is right in your area. Buy tickets for your favorite performer or group and you will be able to visit his show already tomorrow!

Share with friends:
Updated: 08-10-2022
Spafford is an American jam band that blends genres of rock, funk, jazz, reggae, ska, and electro-pop. Members Brian Moss (guitar/vocals) and Jordan Fairless (bass/vocals) formed Spafford in Prescott, Arizona on New Year's Eve in 2009. Andrew “Red” Johnson (keys/vocals) joined Moss and Fairless after meeting the duo at an open mic night in Prescott. Cameron Laforest (drums/percussion/vocals) was the last addition of this current formation until Spafford and Cam went their separate ways April 2019. Spafford’s previous drummer, Nick Tkachyk, returned to the band at this point. The group self-releases their music, many of which are soundboard recordings of their live shows.

Spafford's sound is the product of the different songwriters and singers in the band. The band uses an improvisational style to transition between the songs in their sets of live music, selecting diverse covers. Spafford tours across the U.S., and each of their shows features a different setlist and approach to each song they play. Through their tours, archives, and live video recordings, the band has a fan base of "Spaffnerds" who travel to see the band and maintain an online community surrounding its shows. The band provide live streams and access to recordings of their shows on their website.

On the 2018 schedule for Spafford was a continuation of the For Amusement Only tour to promote their third studio album, which follows Abaculus: An Improvisational Experience (2017) and Spafford (2012). They released the first single, "Leave the Light On," from For Amusement Only on April 4, 2018. The band has also released live albums from songs played on tour, the most recent of which was A Taste of Fall. In winter 2018, Spafford kicked off the For Amusement Only tour with 17 shows across the Northeast, Midwest, and Southeast United States. Spafford also toured from September to November 2017 and returned to their home base in Phoenix, Arizona to play a three-night, sold-out New Year's Eve run at the Crescent Ballroom. The fall tour included more than 30 dates in over 20 states across the U.S.

To open 2019, Spafford announced a 40 show winter tour, spanning across two months from January until March. The tour set the band to cover ground starting in Minnesota, to New York, Florida, and Colorado, out to Washington, and ending in California. The locations are many venues they had played in the prior year; however, across the states the band announced many debuts in venues much larger than those than in 2018. In Asheville, playing the 1,050 person Orange Peel after the 360 person Asheville Music Hall the prior year. Similarly, graduating from the 625 Person Terminal West in Atlanta to the 1,000 person Variety Playhouse.

Looking for the cheapest concert tickets for the show of Spafford Tour 2023? If yes, then welcome to our portal offering a wide choice of either cheap of VIP tickets. Furthermore, we guarantee that here, you will definitely find so desired tickets for the performance of the Spafford 2022 Tour dates you adore.

The show of Spafford is worth seeing. You won’t regret because this talented person will gift you unforgettable emotions, help you forget about all problems and allow you to jump into the fantastic world of music for only one evening.

The primary target of our service is to offer Spafford tour tickets for the show of your favorite singer at the most affordable price. You may be sure that choosing our ticket service, you will not overpay and get the entrance ticket for the incredible performance, you were waiting for so long. We know everything about the way how a professional ticket service should work. So, with us, you’ll get the lowest Spafford ticket prices and the best places for the show.