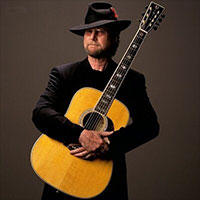 Roger McGuinn will be performing an event in the next dates is right in your area. Buy tickets for your favorite performer or group and you will be able to visit his show already tomorrow!

Share with friends:
Updated: 02-09-2023
James Roger McGuinn is an American musician. He is best known for being the frontman of the Byrds. He was inducted into the Rock and Roll Hall of Fame for his work with the Byrds.

In 1978, McGuinn joined fellow ex-Byrds Gene Clark and Chris Hillman to form McGuinn, Clark and Hillman. The trio recorded an album with Capitol Records in 1979. They performed on many TV rock shows, including repeated performances on The Midnight Special, where they played both new material and Byrds hits. McGuinn's "Don't You Write Her Off" reached #33 in April 1979. While some believe that the slick production and disco rhythms didn't flatter the group, it sold well enough to generate a follow up. McGuinn, Clark and Hillman's second release was to have been a full group effort entitled "City", but a combination of Clark's unreliability and drug problems resulted in the billing change on their next LP City to "Roger McGuinn and Chris Hillman, featuring Gene Clark."

Since 1981, McGuinn has regularly toured (primarily playing clubs and small theaters) as a solo singer-guitarist. In 1987 Roger McGuinn was the opening act for Dylan and Tom Petty. In 1991, he released his comeback solo album, Back from Rio, to successful acclaim. It included the hit single "King of the Hill," written together with, and featuring, Petty.

On July 11, 2000, McGuinn testified before in a Senate Judiciary Committee hearing on downloading music from the Internet that artists do not always receive the royalties that (non-Internet based) record companies state in contracts, and that to date, the Byrds had not received any royalties for their greatest successes, "Mr. Tambourine Man" and "Turn, Turn, Turn" – they only received advances, which were split five ways and were just "a few thousand dollars" per band member. He also stated that he was receiving 50 percent royalties from MP3.com. He was also part of an author/musician band, Rock Bottom Remainders, a group of published writers doubling as musicians to raise proceeds for literacy charities. In July 2013, McGuinn co-authored an interactive ebook, Hard Listening, with the rest of the group.

Roger McGuinn has used the Internet to continue the folk music tradition since November 1995 by recording a different folk song each month on his Folk Den site. The songs are made available from his Web site, and a selection (with guest vocalists) was released on CD as Treasures from the Folk Den, which was nominated for a Grammy Award in 2002 for Best Traditional Folk Album. In November 2005, McGuinn released a four-CD box set containing one hundred of his favorite songs from the Folk Den.

Looking for the cheapest concert tickets for the show of Roger McGuinn Tour 2024? If yes, then welcome to our portal offering a wide choice of either cheap of VIP tickets. Furthermore, we guarantee that here, you will definitely find so desired tickets for the performance of the Roger McGuinn 2023 Tour dates you adore.

The show of Roger McGuinn is worth seeing. You won’t regret because this talented person will gift you unforgettable emotions, help you forget about all problems and allow you to jump into the fantastic world of music for only one evening.

The primary target of our service is to offer Roger McGuinn tour tickets for the show of your favorite singer at the most affordable price. You may be sure that choosing our ticket service, you will not overpay and get the entrance ticket for the incredible performance, you were waiting for so long. We know everything about the way how a professional ticket service should work. So, with us, you’ll get the lowest Roger McGuinn ticket prices and the best places for the show.