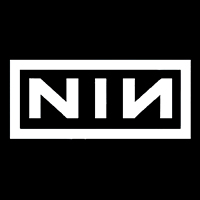 Nine Inch Nails will be performing an event in the next dates is right in your area. Buy tickets for your favorite performer or group and you will be able to visit his show already tomorrow!

Share with friends:
Updated: 01-19-2022
Nine Inch Nails is an American industrial rock band founded in 1988 by Trent Reznor in Cleveland, Ohio. The band released two influential albums during the 1990s—The Downward Spiral (1994) and The Fragile (1999)—and has record sales exceeding 20 million copies worldwide, with 10 million sales certified in the United States alone.

Despite its success, the band has had several feuds with the corporate side of the recording industry. The first was its notable conflict with TVT Records regarding the band's first album, Pretty Hate Machine, which led Reznor to record his follow-up album in secrecy to avoid the label's influence. Nine Inch Nails signed to Interscope Records afterward, but after the release of the band's fifth studio album Year Zero in 2007, Reznor announced that Nine Inch Nails would release future material independently. The band signed with Columbia Records for the release of its eighth album Hesitation Marks. Two EPs: Not the Actual Events and Add Violence were released independently under The Null Corporation, followed by their ninth album, Bad Witch.

As the band's founder and primary producer, singer, songwriter, and instrumentalist, Reznor has been considered the only constant member and creative force within the group through much of its history. However, this changed in 2016 when English musician Atticus Ross, a frequent collaborator with Reznor, was introduced as a permanent member of Nine Inch Nails, alongside the announcement of the Not the Actual Events EP. Furthermore, Reznor typically assembles a live band to perform with him onstage. These touring bands comprise a revolving lineup, and often rearrange songs to fit a live setting. Nine Inch Nails often employs thematic visual elements to accompany on stage performances as well, which frequently include elaborate light shows.

Nine Inch Nails has been nominated for thirteen Grammy Awards, winning twice for the songs "Wish" and "Happiness in Slavery" in 1992 and 1996, respectively. In 1997, Reznor appeared in Time magazine's list of the year's most influential people, and Spin magazine has described him as "the most vital artist in music". In 2004, Rolling Stone placed Nine Inch Nails at 94 on the magazine's list of the 100 greatest artists of all time. Nine Inch Nails was named as a nominee for induction into the Rock and Roll Hall of Fame in 2014, its first year of eligibility. The band was nominated again the following year, but was not inducted.

The show of Nine Inch Nails is worth seeing. You won’t regret because this talented person will gift you unforgettable emotions, help you forget about all problems and allow you to jump into the fantastic world of music for only one evening.

The primary target of our service is to offer Nine Inch Nails tour tickets for the show of your favorite singer at the most affordable price. You may be sure that choosing our ticket service, you will not overpay and get the entrance ticket for the incredible performance, you were waiting for so long. We know everything about the way how a professional ticket service should work. So, with us, you’ll get the lowest Nine Inch Nails ticket prices and the best places for the show.