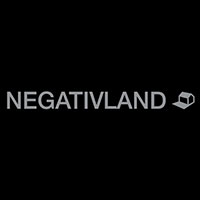 Negativland will be performing an event in the next dates is right in your area. Buy tickets for your favorite performer or group and you will be able to visit his show already tomorrow!

Share with friends:
Updated: 08-10-2022
Negativland is an American experimental music band which originated in the San Francisco Bay Area in the late 1970s. They took their name from a Neu! track, while their record label (Seeland Records) is named after another Neu! track. The core of the band consists of Mark Hosler, David Wills (aka "The Weatherman"), Peter Conheim and Jon Leidecker (aka "Wobbly").

Negativland has released a number of albums ranging from pure sound collage to more musical expositions. These have mostly been released on their own label, Seeland Records. In the late 1980s and early 1990s, they produced several recordings for SST Records, most notably Escape from Noise, Helter Stupid and U2. Negativland were sued by the band U2's record label, Island Records, and by SST Records, which brought them widespread publicity and notoriety.

Negativland started in Concord, California, in 1979 around the core founding members of Lyons and Hosler (who were in high school at the time), and released an eponymous debut in 1980. A number of releases followed in the early 1980s, but it wasn't until after the release of their breakthrough sample and cut-up sonic barrage Escape from Noise in 1987 that Negativland gained wider attention. Vinyl copies of the album came with "CAR BOMB" bumper stickers, in reference to the album's song "Car Bomb."

Following the somewhat unexpected success of this album, Negativland faced the prospect of going on a money-losing tour in 1988. To prevent this, they created a press release which said Negativland were prevented from touring by "Federal Authority Dick Jordan" because of claims that Negativland's song "Christianity Is Stupid" had inspired 16-year-old mass murderer David Brom to kill his family. The press release went on to vigorously deny the purported connection between Negativland and the murders. While Brom had in fact argued with his father about music shortly before Brom killed his family, no one had ever claimed that Brom was spurred to murder by Negativland's music. The claim that Brom's crimes were inspired by Negativland was disseminated and discussed in the mass media, seemingly with little to no fact-checking.

The incident became the foundation for Negativland's next release, Helter Stupid, which featured a cover photo of TV news anchorman Dave McElhatton intoning the Brom murder story, with the news station's caption "Killer Song" above his head, and a photo of the ax murderer.

In 2003, members of Negativland contributed their efforts to Creative Commons, a non-profit organization devoted to expanding the range of creative works available for others to legally build upon and share by providing alternative copyright licenses. In September 2002, Negativland spoofed Clear Channel radio stations in an audio track broadcast by pirate radio broadcasters jamming a Seattle Clear Channel station while the National Association of Broadcasters met in the city.

Former member Don Joyce long hosted a weekly radio show called Over the Edge most Thursdays at midnight on KPFA. Recordings of some noteworthy episodes of the show have been released by Seeland in its Over the Edge series.

In September 2005, to celebrate the 25th anniversary of the band, Negativland curated an art exhibit in Manhattan's Gigantic Artspace gallery. The exhibit, Negativlandland, included a number of pieces of artwork from and inspired by Negativland recordings, video projection of music videos created by the band and others, and some artwork created specifically for the show, such as an animatronic Abraham Lincoln figure (inspired by the band's Lincoln cut-up piece God Bull) and a hands-on exhibit featuring the Booper, the audio-processing unit that band member David Wills (a.k.a. The Weatherman) assembled out of old radio parts. The show appeared in Minneapolis on May 12, 2006, at Creative Electric Studios.

Former band member Ian Allen died on January 17, 2015, due to complications from heart valve surgery. He was 56 years old. On July 22, 2015 Don Joyce, group member and host of Over The Edge, died of heart failure at the age of 71. On April 19, 2016, Richard Lyons died from complications of nodular melanoma following his 57th birthday party in a nursing facility.

The band's latest album, Over the Edge Vol. 9: The Chopping Channel, was released on October 21, 2016. Select copies of the album include a bag containing two grams of Don Joyce's cremated remains.

Looking for the cheapest concert tickets for the show of Negativland Tour 2023? If yes, then welcome to our portal offering a wide choice of either cheap of VIP tickets. Furthermore, we guarantee that here, you will definitely find so desired tickets for the performance of the Negativland 2022 Tour dates you adore.

The show of Negativland is worth seeing. You won’t regret because this talented person will gift you unforgettable emotions, help you forget about all problems and allow you to jump into the fantastic world of music for only one evening.

The primary target of our service is to offer Negativland tour tickets for the show of your favorite singer at the most affordable price. You may be sure that choosing our ticket service, you will not overpay and get the entrance ticket for the incredible performance, you were waiting for so long. We know everything about the way how a professional ticket service should work. So, with us, you’ll get the lowest Negativland ticket prices and the best places for the show.