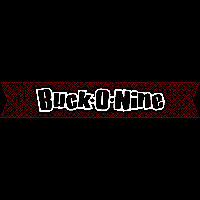 Buck-O-Nine will be performing an event in the next dates is right in your area. Buy tickets for your favorite performer or group and you will be able to visit his show already tomorrow!

Share with friends:
Updated: 08-10-2022
Buck-O-Nine is an American ska punk band which was formed in San Diego in 1991. The band has toured internationally and released several albums and EPs, as well as appearing on compilations and film soundtracks. During the mid-to-late 1990s, they experienced mainstream success with the release of the album Twenty-Eight Teeth and its most successful single, My Town. As the popularity of third-wave ska waned, Buck-O-Nine stopped touring full-time in 2000, but continues to perform regularly throughout California and much of the Southwestern United States. Since 2001, the band has also performed in Japan, the UK, Canada, Mexico and Hawaii. Buck-O-Nine released its sixth studio album, entitled Fun Day Mental, on April 19, 2019 on Cleopatra Records.

Buck-O-Nine formed around the end of 1991, when the original member of the band, Scott Kennerly, placed a newspaper ad and Steve Bauer and Craig Yarnold answered and began playing with the earliest incarnation of the band. Previous to Buck-O-Nine, saxophone player, Craig Yarnold was in a Ska band called the Spy Kids, which also included Matt Hensley from the band Flogging Molly on guitar, and Scott Russo from the band Unwritten Law on keyboard. By very early 1992, Buck-O-Nine had played its first live club gig, opening for The Mighty Mighty Bosstones at the Spirit Club (now Brick By Brick) in San Diego, California. After the first few shows, the lead singer was replaced by Jon Pebsworth, and Dan Albert and Tony Curry joined the band to fill out the horn section.

There are several stories about where Buck-O-Nine's name came from. One was that someone used the phrase in the context of a joke they were telling ("yo mamma don't weigh more than a buck-o-nine," or something to that effect). Another version was the band pooled their money for beer and all they had was a dollar and nine cents.

Jon Pebsworth's entry to the band was solidified after the first rehearsal. Previous to Buck-O-Nine, he was in a hardcore punk band called Labeled Victims, which also included Pat Kim, the current bass player of the band Unwritten Law. Pebsworth had a binder full of lyrics, many of which were written during his time in Labeled Victims, and as the band went through its material for him, he began flipping through pages and plugging in lyrics for each song, almost as if the lyrics had been written for the music without him ever hearing it. At the band's next rehearsal, Pebsworth showed up with his shoulder in a sling - he had broken it the previous weekend while stage-diving at a local punk show.

Between 2002 and 2004, the band wrote close to 20 new songs, but most of them fell by the wayside until 2006 when they got serious about putting together a new album. Only three songs that had previously been written survived the cut, and the band relentlessly pumped out another nine original songs throughout the end of 2006. The philosophy was simple – to stick to what the band does best, which is to write and perform high-energy ska-influenced music that combines elements of reggae, punk and rock & roll.

Before entering a professional recording studio, the band recorded the entire album using its own recording equipment and rehearsal studio so that they could get a better feel for what the finished product might sound like, and iron out any underlying issues with arrangement, tuning and tempos. The band decided to return to Doubletime Studios in El Cajon, California, where the first two studio albums were recorded. In early 2007 they began recording tracks during several weekend and evening sessions. At the end of recording and during some preliminary mixing sessions, they decided to have the entire album shipped to The Blasting Room in Fort Collins, Colorado for final mixing and mastering.

In 2007, Buck-O-Nine released its fifth studio album, entitled Sustain, and performed on all California dates of the Vans Warped Tour. In December 2007, the band filmed a video for the song I'm not Dead. The video was filmed and edited by bass player Andy Platfoot, to be available for viewing on the band's web site. Andy has also directed and edited music videos for a number of bands, including Flogging Molly. Guitarist Jonas Kleiner is also the guitarist and singer of the San Diego band, Destrung. In 2012, Jeff Hawthorne left the band and was replaced by original drummer Steve Bauer. In 2018, the band recorded its sixth studio album, which was released by Cleopatra Records on CD and Vinyl on April 19, 2019.

Looking for the cheapest concert tickets for the show of Buck-O-Nine Tour 2023? If yes, then welcome to our portal offering a wide choice of either cheap of VIP tickets. Furthermore, we guarantee that here, you will definitely find so desired tickets for the performance of the Buck-O-Nine 2022 Tour dates you adore.

The show of Buck-O-Nine is worth seeing. You won’t regret because this talented person will gift you unforgettable emotions, help you forget about all problems and allow you to jump into the fantastic world of music for only one evening.

The primary target of our service is to offer Buck-O-Nine tour tickets for the show of your favorite singer at the most affordable price. You may be sure that choosing our ticket service, you will not overpay and get the entrance ticket for the incredible performance, you were waiting for so long. We know everything about the way how a professional ticket service should work. So, with us, you’ll get the lowest Buck-O-Nine ticket prices and the best places for the show.