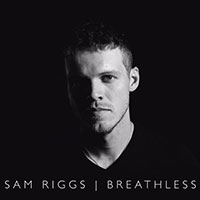 Sam Riggs will be performing an event in the next dates is right in your area. Buy tickets for your favorite performer or group and you will be able to visit his show already tomorrow!

Share with friends:
Updated: 05-25-2022
His father’s words made a huge impression on Sam Riggs, and the Texas singer/songwriter is a relentless adventurer, a guy who pursues music, flying and mountain climbing with equal amounts of passion. They’re all unpredictable activities that require some level of risk for an adrenaline-infused reward, the same payoff he gets from Love & Panic, an album that explores the highs and lows of the ultimate gamble: romantic relationships.

Sam Riggs is an American country music singer-songwriter. His father’s words made a huge impression on Sam Riggs, and the Texas singer/songwriter is a relentless adventurer, a guy who pursues music, flying and mountain climbing with equal amounts of passion. They’re all unpredictable activities that require some level of risk for an adrenaline-infused reward, the same payoff he gets from Love & Panic, an album that explores the highs and lows of the ultimate gamble: romantic relationships.

There is indeed much to like. The seven-track album employs searing guitar licks and crisp drum tracks while borrowing from the muscular stance of some of his strongest rock influences: Blink-182, My Chemical Romance, I See Starsand Metallica. That’s balanced against contemporary country song structure and instrumentation, a heavy take on the unwavering attitudes espoused by Dierks Bentley, Jason Aldean and Hank Williams Jr. Traditionalists might shudder at the mix, but Riggs is merely exploring and asserting his influences in the same way that Patsy Cline mixed the country and traditional pop she heard as a young woman, or the same way that Charlie Daniels blended country and rock.

Those foundations ring throughout Love & Panic. Aided by producer Andy Sheridan (Ben Rector, Hunter Hayes), Riggs grounds the project in dark textures and power chords that would make any arena-rock band proud. But he casts romance with all the mystery, treachery and possibility that informed one of the Possum’s classic honky-tonk romps. It’s that mix of fire and fragility that makes Love & Panic such a forward-moving package.

Riggs fell in love with music, thanks to the inspiration of both parents in a divided family in Florida. His mother put Sam and his older brother, Mike, to sleep at nights by singing folk and country songs while playing guitar. His father took Sam to his first Garth Brooks concert, an event that fed the thrill-seeker in young Riggs but also demonstrated the connective possibilities inherent on a live stage.

“Music is probably the strongest form of memory because it's one of the only things that's been known to bring people with Alzheimer's back from the point of no return, even for a moment,” Riggs observes. “Everybody in the world has that one song – probably more than one song – that takes them back to a time in their life that they'll never forget. That's kind of where the idea for the song came from.”

People never forget their foundational relationships or their most influential outings. That’s part of the reason that Love & Panic exists. It explores an unforgettable part of life, inspired by Riggs’ unquenchable willingness to challenge himself. And it furthers his undeniable desire to connect with the world through music.

Looking for the cheapest concert tickets for the show of Sam Riggs Tour 2023? If yes, then welcome to our portal offering a wide choice of either cheap of VIP tickets. Furthermore, we guarantee that here, you will definitely find so desired tickets for the performance of the Sam Riggs 2022 Tour dates you adore.

The show of Sam Riggs is worth seeing. You won’t regret because this talented person will gift you unforgettable emotions, help you forget about all problems and allow you to jump into the fantastic world of music for only one evening.

The primary target of our service is to offer Sam Riggs tour tickets for the show of your favorite singer at the most affordable price. You may be sure that choosing our ticket service, you will not overpay and get the entrance ticket for the incredible performance, you were waiting for so long. We know everything about the way how a professional ticket service should work. So, with us, you’ll get the lowest Sam Riggs ticket prices and the best places for the show.