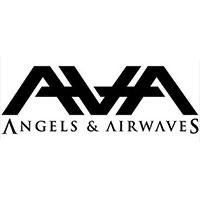 Angels and Airwaves will be performing an event in the next dates is right in your area. Buy tickets for your favorite performer or group and you will be able to visit his show already tomorrow!

The band formed after Blink-182 went on hiatus in 2005. They continued to record and tour despite DeLonge reigniting his career with Blink-182 in 2009, and after DeLonge subsequently parted with Blink-182 in 2015, he began to focus on Angels & Airwaves more extensively. To date, the band has released five studio albums: We Don't Need to Whisper (2006), I-Empire (2007), Love (2010), Love: Part Two (2011) and The Dream Walker (2014). The project also resulted in the documentary film Start the Machine (2008). In 2011, accompanying the two Love albums, the group scored and produced the science fiction drama film Love by director William Eubank in 460 theatres nationwide during their multimedia event, Love Live. The band released an animated short named Poet Anderson: The Dream Walker and their fifth album, The Dream Walker, on December 9, 2014. Other related media, such as comic books and a live-action film, followed in 2015.

The group has been described by DeLonge as more than a band, but more accurately "an art project larger human themes and tackles them in different mediums," or simply "a multimedia project." This has been seen in the group's films, live events, and novel approach to fan-artist interaction. Of the first two albums, the band says that they were mainly influenced by the music of Radiohead and Pink Floyd, combining them with the grandiosity of U2. Of the first album, Delonge said that it would be "the best music in generations".

Tom DeLonge began working on new material during Blink-182's final tour in 2004 and shortly after they began their break in February 2005. For half a year he worked alone in his home studio before gathering musicians to form the band. Upon fiddling randomly for several weeks with the band's logo, DeLonge realized that if he were to invert the middle "A" of the band's acronym into what appeared to be a "V", he would have the name of his daughter, Ava. As rumors were floating around about the band's "break-up", DeLonge chose to abstain for six months from any interviews surrounding the issue and his future plans; instead he concentrated on writing and recording in his home-based studio. In September 2005, he finally spoke publicly in Kerrang! magazine, where he unveiled the name of his new band, Angels & Airwaves. The band included former Hazen Street guitarist and high-school friend David Kennedy, former Rocket from the Crypt and The Offspring drummer Atom Willard and former The Distillers bass guitarist Ryan Sinn. Atom Willard told Shave magazine that the experience of all the members of the band made the band formation very easy. "There's nobody trying to figure out what is and what isn't going to work, not just for themselves but for music and for a band, what life's going to be like on the road and all that kind of stuff. Everybody had enough experience to just buckle down and do the work. It really has made it easier than anything else."

In February 2017, DeLonge announced that he would be directing a film, Strange Times, which would be based on his graphic novel series of the same name. The movie was set to feature new Angels & Airwaves songs, while the next album would serve as the soundtrack. Production of the film was slated to begin in late 2017, but in December 2018, DeLonge announced that TBS would be adapting the novels into a television series instead, and that he would be acting as a producer rather than a director.

In August, the We Don't Need to Whisper - Acoustic EP was announced, and released on August 25, 2017. DeLonge stated that he "wanted to give the fans something while the band works on the soundtrack to the upcoming Strange Times film." In April 2018, DeLonge confirmed that both David Kennedy and Matt Wachter had rejoined the band, and would perform on the new album. In April 2019, the band signed a record contract with Rise Records. On April 30, the band released their single, "Rebel Girl". The release confirmed the band's current line-up of DeLonge, Kennedy, and Rubin, with no explanation for Wachter's absence being given by the band or Wachter himself. Following the release, the band announced a 23-date North American tour, which would feature former Taking Back Sunday bassist, Matt Rubano. The band played their first live show in seven years on August 28, 2019 in Solano Beach, California, where they also debuted another new song, "Kiss & Tell", before releasing it the next day.

In November 2019, the band announced plans for a winter tour beginning in December, as well as a projected release date for the album in 2020. Part way through the tour in January, the remaining dates were rescheduled after DeLonge was diagnosed with an upper respiratory infection.

The show of Angels and Airwaves is worth seeing. You won’t regret because this talented person will gift you unforgettable emotions, help you forget about all problems and allow you to jump into the fantastic world of music for only one evening.

The primary target of our service is to offer Angels and Airwaves tour tickets for the show of your favorite singer at the most affordable price. You may be sure that choosing our ticket service, you will not overpay and get the entrance ticket for the incredible performance, you were waiting for so long. We know everything about the way how a professional ticket service should work. So, with us, you’ll get the lowest Angels and Airwaves ticket prices and the best places for the show.