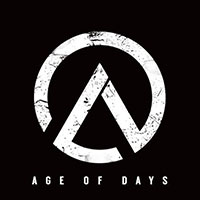 Age of Days will be performing an event in the next dates is right in your area. Buy tickets for your favorite performer or group and you will be able to visit his show already tomorrow!

Share with friends:
Updated: 02-09-2023
Age of Days (formerly Age of Daze) is a Canadian alternative rock band that formed in Fredericton, New Brunswick, in 2005. The band released their debut self-titled independent EP under the name Age of Daze that year. They released their second album Hollywood Ending in 2007, which was distributed through Fontana North/Universal Music Canada and iTunes worldwide. In July 2012 Age of Days signed with Canadian indie label Cordova Bay Records and released their third album, radioactivity, in Canada on April 9, 2013.

The band has provided direct support on tours with Papa Roach, Hinder, Buckcherry, Pop Evil and Grammy-winners Halestorm, amongst others.

Vocalist Tim Morrison, bassist Matt McLaughlin and lead guitarist Jamie Norrad originally met while playing in a local cover band. They began writing and abandoned the cover band scene to focus on original material in early 2005. Guitarist Jon Price joined the band prior to the recording of their first EP in October 2005. The six song EP was recorded at The Pocket Studios in Toronto, Ontario, Canada and was produced by former Our Lady Peace guitarist Mike Turner. The EP was a modest success and allowed the band to open for such acts as Collective Soul, Wide Mouth Mason and Hedley.

The band entered The Pocket Studios again in June 2007, with drummer Pat Pelletier, to record their sophomore CD entitled Hollywood Ending with Turner again at the helm. The album was released through Universal Music Canada on August 19, 2008. The first single, Afflicted, was added to Sirius' Octane channel and was the band's first major exposure in the US market. The song reached No. 17 on Canadian Rock charts (BDS), and was No. 1 on the Sirius Rock 20 Countdown for two weeks. The second single in Canada, Overrated, reached No. 28 on the Active Rock charts.

In March 2012, the band began work on radioactivity with Juno Award-winning producer Brian Howes (Hinder, Nickelback, Puddle of Mudd, Rev Theory, Hedley). Morrison and McLaughlin co-wrote three of the album's songs with Howes, including the lead single Bombs Away, which reached #16 on the Canadian Active Rock charts (Mediabase). The second track on the album, Now Or Never, was co-written with Sal Costa (formerly of My Darkest Days) and features Sal Costa on guitar and synths as well as Cody Hanson from Hinder on drums.

In July 2012, the band hit the road with the addition of Mike Langford on drums and Mike Diesel, filling in on rhythm guitar. The new lineup debuted at the Boonstock Music Festival in Gibbons, Alberta, with Korn, Volbeat, Hellyeah, then headed across Western Canada supporting Buckcherry, with James Durbin also on several bills. Later in July, Age of Days signed with Cordova Bay Records of Victoria, BC. In early 2013, the band finished recording radioactivity at J4 Studios in Toronto with producer Justin Forsley and released the album in Canada on April 9, 2013.

The band hit the road in June 2013 on a western Canadian tour, featuring a combination of headline shows and direct support slots for Grammy-winning Pennsylvania band Halestorm. The tour was marred by a collision with a moose near Thunder Bay, Ontario, en route to the first show. But despite the accident, which caused minor injuries and demolished their touring vehicle, the band made every date with no cancellations. Fall 2013 saw the band complete their most comprehensive tour to date, opening for Papa Roach and Pop Evil on a three-band bill. The tour featured dates across North America, beginning in British Columbia and wrapping up in New Jersey. This was the band's first major touring exposure in the US.

Looking for the cheapest concert tickets for the show of Age of Days Tour 2024? If yes, then welcome to our portal offering a wide choice of either cheap of VIP tickets. Furthermore, we guarantee that here, you will definitely find so desired tickets for the performance of the Age of Days 2023 Tour dates you adore.

The show of Age of Days is worth seeing. You won’t regret because this talented person will gift you unforgettable emotions, help you forget about all problems and allow you to jump into the fantastic world of music for only one evening.

The primary target of our service is to offer Age of Days tour tickets for the show of your favorite singer at the most affordable price. You may be sure that choosing our ticket service, you will not overpay and get the entrance ticket for the incredible performance, you were waiting for so long. We know everything about the way how a professional ticket service should work. So, with us, you’ll get the lowest Age of Days ticket prices and the best places for the show.