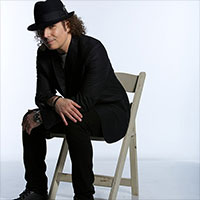 Boney James will be performing an event in the next dates is right in your area. Buy tickets for your favorite performer or group and you will be able to visit his show already tomorrow!

According to the Boston Globe: "Let's make something perfectly clear: James is not a smooth jazz player. Yeah, he is often grouped with people like Kenny G and Najee, but his music is muscular and gritty, whereas most smooth jazz has all the texture and complexity of a cue ball...James swaggered across the stage like a blacktop hero draining treys on an overmatched opponent. He even weaved his way through the audience, never missing a beat and all but daring the crowd not to have a good time."

Boney James took up the clarinet at the age of eight, switching to sax when he was ten. Boney spent his early teen years in New Rochelle, New York and became musically influenced by the R&B Motown genre and saxophonist Grover Washington, Jr.. When James was fourteen his family moved to Los Angeles, where he joined a fusion band that opened for acts like Flora Purim and the Yellowjackets. Another member of this early band was John Shanks, now a successful pop producer. James eventually received a degree in History from UCLA, but began playing music full-time after graduation. James learned to play keyboards and in 1985 he joined Morris Day's band. His R&B influence was further strengthened by seven years of touring and sessions as a sideman with Day, the Isley Brothers, Bobby Caldwell, Randy Crawford, Teena Marie and others. It was on the road with Crawford in 1986 that he earned his now-famous moniker, when his physique led a band mate to joke "We'll have to start calling you Boney James!".

On May 15, 2010, James was involved in a car crash coming home from a performance when he was rear ended by a drunk driver. James suffered a fractured jaw, two shattered teeth and facial lacerations. He was sidelined for two months. In 2014, James produced two songs on Al Jarreau's George Duke tribute album My Old Friend, "No Rhyme No Reason" (feat. Kelly Price) and "Bring Me Joy" (feat. George Duke). In 2015, he released futuresoul which spent eleven weeks at No. 1 on the Billboard Contemporary Jazz Chart. futuresoul was the bestselling Contemporary Jazz Record of 2015. In August 2015, James made his first appearance on The Tonight Show Starring Jimmy Fallon.

2017 saw the release of Honestly, his 16th album. The record became James' eleventh No. 1 on the Billboard Jazz Albums Chart and also reached No. 22 on the Billboard Current Albums Chart, his highest pop chart debut to date. Boney James is married to actress and director Lily Mariye. In 2012 he contributed an original score to her feature film directorial debut, Model Minority.

Looking for the cheapest concert tickets for the show of Boney James Tour 2023? If yes, then welcome to our portal offering a wide choice of either cheap of VIP tickets. Furthermore, we guarantee that here, you will definitely find so desired tickets for the performance of the Boney James 2022 Tour dates you adore.

The show of Boney James is worth seeing. You won’t regret because this talented person will gift you unforgettable emotions, help you forget about all problems and allow you to jump into the fantastic world of music for only one evening.

The primary target of our service is to offer Boney James tour tickets for the show of your favorite singer at the most affordable price. You may be sure that choosing our ticket service, you will not overpay and get the entrance ticket for the incredible performance, you were waiting for so long. We know everything about the way how a professional ticket service should work. So, with us, you’ll get the lowest Boney James ticket prices and the best places for the show.