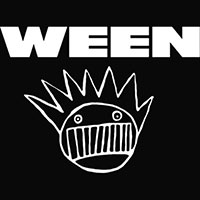 Ween will be performing an event in the next dates is right in your area. Buy tickets for your favorite performer or group and you will be able to visit his show already tomorrow!

Share with friends:
Updated: 05-25-2022
Ween is an American alternative rock band formed in New Hope, Pennsylvania, in 1984 by childhood friends Aaron Freeman and Mickey Melchiondo, better known by their respective stage names, Gene and Dean Ween. After meeting in a middle-school typing class, the two began playing music and immediately chose the name Ween as well as their Ramones-inspired pseudonyms. Ween performed as a duo backed by a Digital Audio Tape for the band's first ten years of existence before expanding to a four- (and later five-) piece act. The band's highest charting single is "Push th' Little Daisies", which was a hit in the United States, New Zealand and Australia.

While Ween is generally categorized as an alternative rock band, they are known for their highly eclectic catalog of songs inspired by funk, soul, country, gospel, prog, R&B, heavy metal, punk rock, and more. Despite never receiving much mainstream recognition, Ween developed a large, devoted cult following and garnered critical acclaim. After a 28-year run, Freeman quit the band in 2012, citing the need to focus on his alcohol and drug addiction issues. Ween reformed in late 2015 and is currently touring with no stated plans to release new recorded material.

On November 16, 2015, Ween announced that they would reunite for two concerts at the 1stBank Center in Broomfield, Colorado on February 12 and 13, 2016. During ticket presale, a third show was added on February 14, 2016 due to demand. Throughout 2016, Ween played sporadic reunion shows in Minneapolis, Philadelphia, Los Angeles, Boston, New York, and San Francisco. The band also made festival appearances in Toronto, Chicago, Portland, Arrington, Virginia, Okeechobee, Florida, and Manchester, Tennessee, for Bonnaroo, which was streamed online via Red Bull TV. The band was also due to appear in April at Levitation Festival in Austin, which was canceled the day before the weekend began.

A sequel to the first outtakes collection, Shinola vol. 1, was confirmed to be in the works by Dean Ween on Facebook in January 2016. On October 19, 2016 the band announced the release of the live album GodWeenSatan Live, which was recorded on September 14, 2001, and features the band performing its debut album in its entirety. It was released on November 16, 2016. On June 1, 2018, Warner Brothers released a compilation album titled Bananas and Blow, according to Melchiondo, the band had no knowledge of the compilation until it was released. Melchiondo felt that the song choice for the compilation felt "random".

Ween is known for its far-reaching musical approach which takes influence from many different genres of music. This style has been termed alternative rock and experimental rock by critics and journalists. Melchiondo once stated, "Each of us had different things in our record collections that the other one didn't have. Aaron's dad had a lot of psychedelic records, I was really into punk rock, and we would just turn each other on to music." Freeman remarked in 2011, "I think when Ween formed I was really into the synthesizer New Wave thing of the mid-'80s and Mickey was more into the punk rock thing".

Both Freeman and Melchiondo have stated several times that one of the band's biggest influences was Prince. The GodWeenSatan track "L.M.L.Y.P." borrows lyrics from two Prince songs, "Alphabet St." and "Shockadelica". Additionally, on rare occasions, Ween has jammed on Prince's "Kiss", placing it in the middle of "Voodoo Lady" during live performances. Other Prince songs covered in concert by Ween include "1999", "Housequake", and "Purple Rain". In 2012, Melchiondo remarked on his website that "by far, hands down the greatest living guitarist in any genre is Prince Rogers Nelson. Prince does so many things well that it’s easy to forget that he is also a world class shredder."

Looking for the cheapest concert tickets for the show of Ween Tour 2023? If yes, then welcome to our portal offering a wide choice of either cheap of VIP tickets. Furthermore, we guarantee that here, you will definitely find so desired tickets for the performance of the Ween 2022 Tour dates you adore.

The show of Ween is worth seeing. You won’t regret because this talented person will gift you unforgettable emotions, help you forget about all problems and allow you to jump into the fantastic world of music for only one evening.

The primary target of our service is to offer Ween tour tickets for the show of your favorite singer at the most affordable price. You may be sure that choosing our ticket service, you will not overpay and get the entrance ticket for the incredible performance, you were waiting for so long. We know everything about the way how a professional ticket service should work. So, with us, you’ll get the lowest Ween ticket prices and the best places for the show.