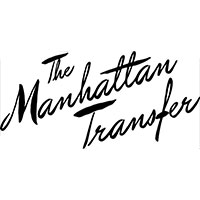 The Manhattan Transfer will be performing an event in the next dates is right in your area. Buy tickets for your favorite performer or group and you will be able to visit his show already tomorrow!

Share with friends:
Updated: 05-25-2022
The Manhattan Transfer is a Grammy award-winning jazz vocal group founded in 1969 that has explored a cappella, vocalese, swing, standards, Brazilian jazz, rhythm and blues, and pop music.

There have been two editions of the Manhattan Transfer, with Tim Hauser the only person to be part of both. The first group consisted of Hauser, Erin Dickins, Marty Nelson, Pat Rosalia, and Gene Pistilli. The second version of the group, formed in 1972, consisted of Hauser, Alan Paul, Janis Siegel, and Laurel Massé. In 1979, Massé left the group after being badly injured in a car accident and was replaced by Cheryl Bentyne. The group's long-time pianist, Yaron Gershovsky, accompanied the group on tour and served as music director. Trist Curless from the Los Angeles a cappella group m-pact became a permanent member in October 2014 following Hauser's death.

In 1969, Tim Hauser formed a vocal group in New York City called the Manhattan Transfer after the novel by John Dos Passos. The group consisted of Erin Dickins, Marty Nelson, and Pat Rosalia, and Gene Pistilli. This group made one album, Jukin' (Capitol, 1971), which looked at the jazz music of the past as well as rock and country genres unlike the later incarnations of the group. They were not picked up by Capitol Records for a second album, and the group broke up in 1973.

In 2011, The Manhattan Transfer worked on an album of previously recorded, but never finished, songs to honor their 40th anniversary. "We are working on a project now that is called The Vaults. Over the years, there are a lot of different songs that we recorded but never finished. We pull out from the archives a lot of these songs and are finishing them," said Alan Paul in an interview for Jazz FM radio in Bulgaria. One of the highlights of the album was a vocalese version of George and Ira Gershwin's The Man I Love, based on an Artie Shaw and his orchestra performance of the composition, which had been slated for the Swing album.

In 2011, while receiving treatment for Hodgkin's lymphoma, Cheryl Bentyne was replaced on stage for eight months by the soprano Margaret Dorn; Dorn replaced her again December 2013 (followed by Katie Campbell in early 2014) while Bentyne underwent further treatment. Tim Hauser was absent from the stage in 2013 and early 2014 as he recovered from spinal surgery; he was replaced on stage by bass/baritone Trist Curless of the a cappella group m-pact.

In September 2013, one of the original members of the group, Erin Dickins, started a Kickstarter campaign to re-record "Java Jive" with the surviving original members. It featured Tim Hauser's scat musings, as well as a vocal arrangement by Marty Nelson - sung by Dickins, Nelson, Hauser and Gene Pistilli. The project was successfully funded on October 9, 2013 and released on the CD "Java Jive" on Dot Time Records. Original member Pat Rosalia died from cancer in July 2011. Tim Hauser died of cardiac arrest on October 16, 2014.

The show of The Manhattan Transfer is worth seeing. You won’t regret because this talented person will gift you unforgettable emotions, help you forget about all problems and allow you to jump into the fantastic world of music for only one evening.

The primary target of our service is to offer The Manhattan Transfer tour tickets for the show of your favorite singer at the most affordable price. You may be sure that choosing our ticket service, you will not overpay and get the entrance ticket for the incredible performance, you were waiting for so long. We know everything about the way how a professional ticket service should work. So, with us, you’ll get the lowest The Manhattan Transfer ticket prices and the best places for the show.