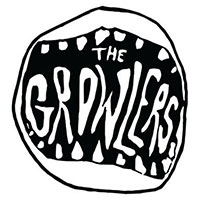 The Growlers will be performing an event in the next dates is right in your area. Buy tickets for your favorite performer or group and you will be able to visit his show already tomorrow!

Share with friends:
Updated: 05-25-2022
The Growlers are an American band from Southern California . They began their career in the Orange County city of Dana Point, California in 2006. They are currently based in Costa Mesa. The band is currently composed of singer Brooks Nielsen, lead guitarist Matt Taylor and keyboard player/guitarist Kyle Straka. They have released seven albums, several EPs and a number of singles. The band's sound has been described as "a trademark style of music that somehow combines surf, pop, rock and beat" which has been labeled "Beach Goth".

Singer Brooks Nielsen and music director/guitarist Matt Taylor met in high school in the beach town of Dana Point, California, bonding over surfing, skating, and partying. When offered the chance to perform at a house party, the duo quickly wrote their first six songs in a single day, leading to the first incarnation of the band that would eventually become The Growlers.

After releasing a handful of self-recorded cassettes and CDs, The Growlers issued their first studio album, Are You in or Out? in 2009 on Everloving Records. Aquarium Drunkard described it as “consistent in sound and tone that is as enjoyable straight through or on shuffle… Taken as a whole, the record is a beautiful mix of late 60’s freak-out, folk calmness and surf rock.” Their second album, Hot Tropics, was released in 2010, also on Everloving Records. The band's third album, Hung at Heart, the first to feature Anthony Braun Perry on bass and Jason Kaiser on percussion, was released in 2013. The band originally worked with Dan Auerbach to record the album, but the finished version never saw official release. Instead the band recorded a new version of the album in Costa Mesa, CA with Mike McHugh at his Distillery Recording Studio, to get a more lo-fi sound.

The band has organized their annual Beach Goth festival since 2012. The event typically features performances by bands representing a variety of genres, including pop, rap, hip hop, heavy metal, and rock. Over the years, the event has included costume contests, amusement park rides, and live performances of Rocky Horror Picture Show. The Growlers have headlined both Saturday and Sunday night of the annual Beach Goth festival since its inception.

The 2016 edition of Beach Goth took place at The Observatory in Santa Ana, CA on October 23–24, 2016. It was originally scheduled to take place at the Oak Canyon Park but was moved last minute due to unexplained circumstances. The festival's lineup included Bon Iver, TLC, James Blake, 2 Live Crew, Violent Femmes, Future Islands, Reel Big Fish, The Faint, the Pharcyde, Leftöver Crack, and DJ Quik. While it was hailed a success, the outdoor festival suffered from rain and resultant street flooding. This caused the Growlers to delay their own set due to equipment damage. In the aftermath, the band issued an apology.

Due to an ongoing lawsuit with Noise Group (owners of The Observatory venue) over the Beach Goth trademark, 2017's festival took on the name "The Growlers Six", which took place on October 28 & 29 at the LA Waterfront. The festival included artists such as the Yeah Yeah Yeahs, Modest Mouse, and the Butthole Surfers. The Growlers returned to their trademarked "Beach Goth" brand name for the 7th annual festival, taking place at the Los Angeles Historic State Park on August 5, 2018. Beach Goth 7 hosted performances by The Growlers, Jonathan Richman, The Voidz, The Drums, La Luz, and GWAR.

Looking for the cheapest concert tickets for the show of The Growlers Tour 2023? If yes, then welcome to our portal offering a wide choice of either cheap of VIP tickets. Furthermore, we guarantee that here, you will definitely find so desired tickets for the performance of the The Growlers 2022 Tour dates you adore.

The show of The Growlers is worth seeing. You won’t regret because this talented person will gift you unforgettable emotions, help you forget about all problems and allow you to jump into the fantastic world of music for only one evening.

The primary target of our service is to offer The Growlers tour tickets for the show of your favorite singer at the most affordable price. You may be sure that choosing our ticket service, you will not overpay and get the entrance ticket for the incredible performance, you were waiting for so long. We know everything about the way how a professional ticket service should work. So, with us, you’ll get the lowest The Growlers ticket prices and the best places for the show.