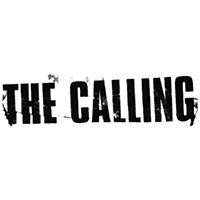 The Calling will be performing an event in the next dates is right in your area. Buy tickets for your favorite performer or group and you will be able to visit his show already tomorrow!

Share with friends:
Updated: 07-05-2022
The Calling is an American rock band from Los Angeles, California, formed in 1996 by lead singer Alex Band and guitarist Aaron Kamin. They are best known for their hit single, "Wherever You Will Go", which topped the Adult Top 40 for 23 weeks, making it the second longest running number one in the chart’s history and later named the number one song of the decade of 2000s on the Adult Pop Charts by Billboard magazine. Their debut album Camino Palmero was released in July 2001 and was a commercial success. Their second album Two, was released in June 2004. Its lead single "Our Lives" was featured in the closing ceremonies of the 2004 Summer Olympics as well as the opening song of the 78th annual Academy Awards. The band broke up in 2005. In 2013, The Calling reformed with a new lineup and have announced new music to be released in 2018.

The band was formed by Alex Band (lead vocals) and Aaron Kamin (lead guitar, backing vocals) when Kamin was dating Band's sister. Kamin and Band initially began jamming and writing songs as far back as 1996, and began gigging under the band name "Generation Gap" with a drummer who was twice their age. At this stage, the band also included saxophonist Benny Golbin, giving the songs a more jazzy sound reminiscent of Dave Matthews Band. Eventually, Band and Kamin ditched the "Gap" lineup, and briefly switched their name to "Next Door", which itself was a nod to Ron Fair, a veteran music business executive and Band's neighbor.

They quickly found their own sound amongst radio rock acts of the early 21st century such as Matchbox Twenty, Third Eye Blind, Train, and Fastball. By 1999, Fair was impressed enough by the demos to sign them to a record deal with RCA. They changed their name to "The Calling", which reflected the band's sense of purpose.

In June 2004, the group returned with Two. The album had three singles and accompanying videos: "Our Lives", "Things Will Go My Way", and "Anything". However, Two had disappointing sales compared to their first album. After a lengthy world tour in support of the album, Kamin and Band decided to disband The Calling. They played a farewell show in Temecula, California on June 6, 2005. Alex then began pursuing a solo career and played occasional shows.

On August 15, 2013, Alex Band reformed The Calling with new members. The band performed their comeback gig at Bally's Atlantic City on August 17. On August 18, Band was reportedly abducted by two men that robbed him, beat him severely, and dumped him on train tracks in Lapeer, Michigan. He was taken to an emergency room at a nearby hospital, where he was treated and released. After only a few shows, the group broke up again.

In October 2016 The Calling with a new lineup performed in Manila, Philippines the following month. The Australian company "Unbreakable Touring" announced that the band were to perform in areas such as Adelaide, Sydney, Brisbane, Melbourne and Fremantle along with the rock band Juke Kartel and newcomer Mike Waters, but this was later postponed due to visa issues. In July 2017 it was announced that The Calling would be joining Lifehouse as support acts for Live's Australian leg of their world reunion tour. Band said in an interview with Australian music website "may the rock be with you" in November 2017 that The Calling will be releasing new music soon.

Looking for the cheapest concert tickets for the show of The Calling Tour 2023? If yes, then welcome to our portal offering a wide choice of either cheap of VIP tickets. Furthermore, we guarantee that here, you will definitely find so desired tickets for the performance of the The Calling 2022 Tour dates you adore.

The show of The Calling is worth seeing. You won’t regret because this talented person will gift you unforgettable emotions, help you forget about all problems and allow you to jump into the fantastic world of music for only one evening.

The primary target of our service is to offer The Calling tour tickets for the show of your favorite singer at the most affordable price. You may be sure that choosing our ticket service, you will not overpay and get the entrance ticket for the incredible performance, you were waiting for so long. We know everything about the way how a professional ticket service should work. So, with us, you’ll get the lowest The Calling ticket prices and the best places for the show.