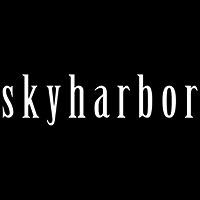 Skyharbor will be performing an event in the next dates is right in your area. Buy tickets for your favorite performer or group and you will be able to visit his show already tomorrow!

Share with friends:
Updated: 01-27-2023
Skyharbor is an Indian/American progressive metal band with members from New Delhi and Mumbai, India; and Cleveland, Ohio, US. The band was initially guitarist Keshav Dhar's studio project, before TesseracT vocalist Daniel Tompkins contacted Dhar with an interest in collaborating with him in October 2010. Around the same time, Dhar and Maryland-based drummer Anup Sastry (Jeff Loomis, Intervals), who had uploaded several videos of himself performing Skyharbor songs to his YouTube channel, discussed the possibility of taking the material to the live stage. Roping in bassist Nikhil Rufus Raj, the band performed for the first time as an instrumental three-piece at the 2011 Bacardi NH7 Weekender festival.

In March 2015, the band embarked on an extensive 29-date Europe and UK co-headlining tour with Australian post-rock outfit sleepmakeswaves and Polish group Tides From Nebula. On 23 June 2015 Skyharbor announced via their Facebook page that they had amicably parted ways with drummer Anup Sastry. His full-time replacement was announced as Aditya Ashok. On 29 June, it was announced that Tompkins had stepped down as the group's frontman as well, citing touring and scheduling difficulties. He was replaced by Cleveland native Eric Emery. In the summer of 2015, it was announced that Skyharbor would be making their North American debut on TesseracT's 'Polaris' tour, alongside The Contortionist and ERRA.

The band premiered 'Out Of Time', the lead single off the as-yet untitled third album, on 27 August 2015. This was followed by the release of the video single 'Blind Side', featuring live performance and travel footage from their North America tour with TesseracT and The Contortionist. A video for a third single, 'Chemical Hands', was released on 23 September 2016. Skyharbor followed this up with extensive touring, with headline runs across Europe and India in October and November 2016, and a breakout European support tour with Deftones in April 2017.

In an interview in early 2017, Dhar announced that the band's third album titled Sunshine Dust would be released in the late summer. However, on 19 November, the band confirmed that they were unhappy with the first sessions and would be re-recording the entire album, with an expected release date in 2018. On 18 January 2018, Skyharbor signed a worldwide deal with eOne Music & Good Fight Music. Sunshine Dust was released on 7 September 2018. The band followed up the release with extensive touring in support of Tremonti, 10 Years, and RED.

Skyharbor plays a style of progressive metal drawing elements of the orchestration of Oceansize and Karnivool and the dream pop influenced alternative metal of the Deftones. There is considerable emphasis given to heavily layered ambient guitars and vocal harmonies. On the first two LPs, Daniel Tompkins rarely employed any harsh vocals, instead focusing on layered harmonies and occasional pitched screams. On Sunshine Dust, Eric Emery employed largely lead-focused clean singing but was more generous in his use of harsh vocals, as evident on the lead single 'Dissent'.

Looking for the cheapest concert tickets for the show of Skyharbor Tour 2024? If yes, then welcome to our portal offering a wide choice of either cheap of VIP tickets. Furthermore, we guarantee that here, you will definitely find so desired tickets for the performance of the Skyharbor 2023 Tour dates you adore.

The show of Skyharbor is worth seeing. You won’t regret because this talented person will gift you unforgettable emotions, help you forget about all problems and allow you to jump into the fantastic world of music for only one evening.

The primary target of our service is to offer Skyharbor tour tickets for the show of your favorite singer at the most affordable price. You may be sure that choosing our ticket service, you will not overpay and get the entrance ticket for the incredible performance, you were waiting for so long. We know everything about the way how a professional ticket service should work. So, with us, you’ll get the lowest Skyharbor ticket prices and the best places for the show.