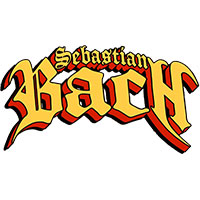 Sebastian Bach will be performing an event in the next dates is right in your area. Buy tickets for your favorite performer or group and you will be able to visit his show already tomorrow!

Share with friends:
Updated: 08-10-2022
Sebastian Philip Bierk known professionally as Sebastian Bach, is a Canadian singer-songwriter who achieved mainstream success as frontman of Skid Row from 1987 to 1996. He continues a solo career, acted on Broadway, and has made appearances in film and television.

Bach starred with Ted Nugent, Evan Seinfeld, Jason Bonham and Scott Ian on the VH1 show Supergroup in May 2006. The musicians formed a band called Damnocracy for the reality show, during which they lived in a mansion in Las Vegas for twelve days and created music. He announced a partnership record label with EMI to jointly create a label owned by Bach, including his album Angel Down, which was released on November 20, 2007. Bach also recorded backing vocals for the track "Sorry" on Guns N' Roses' long-delayed Chinese Democracy, which was released in November 2008. He spent the summer of 2008 playing with Poison and Dokken. Bach was the winner of the second season of the CMT reality show, Gone Country.

Bach toured as an opening act for GNR's "Chinese Democracy Tour" 2009–2010, and performed "My Michelle" with Axl Rose in Quebec City on February 1, 2010. On January 5, 2011, he was featured on NBC's Jimmy Fallon Show in a live performance and a subsequent video of "We Are The Ducks", a power ballad written for University of Oregon Ducks, set to play in the BCS national championship game Monday, January 10, 2011. In 2011, Bach was interviewed by British metalcore band Asking Alexandria in the March/April issue of Revolver. The band are fans of Skid Row and covered two of their songs the preceding year of the interview. The same year, Bach performed "Youth Gone Wild" with the band live at the Revolver Golden Gods Awards and Rock on the Range. Bach was also filmed in their music video "Closure".

Bach provided the voice of Prince Triton, King Neptune's rebellious son, in the SpongeBob SquarePants episode, "SpongeBob and the Clash of Triton" in 2010. On June 15, 2011, Bach revealed the title of his upcoming solo album would be Kicking & Screaming. In July 8, 2011 track list, cover art and title of the first single were revealed. It was released September 27, 2011 for North America and worldwide and September 23, 2011 for Europe on Frontiers Records. On August 13, 2012, Nick Sterling was fired by Bach after refusing to sign an agreement to appear on an undisclosed TV show.

On April 30, 2013, Bach confirmed via Twitter that a new studio album was in the works. He went on to say that Bob Marlette would be returning as producer. Bach had collaboration work for the upcoming album with John 5, Duff McKagan, and Steve Stevens. On January 13, 2014, Give 'Em Hell was announced with a prospective release date of April 22, 2014. He also appeared in two Trailer Park Boys episodes from their 2014 season. In 2014, Bach completed his Give 'Em Hell tour and in 2015, Bach went on another tour titled the "18 and LIVE" tour. In 2019, Bach toured behind the 30th anniversary of Skid Row's self-titled debut album, playing it live in its entirety.

Looking for the cheapest concert tickets for the show of Sebastian Bach Tour 2023? If yes, then welcome to our portal offering a wide choice of either cheap of VIP tickets. Furthermore, we guarantee that here, you will definitely find so desired tickets for the performance of the Sebastian Bach 2022 Tour dates you adore.

The show of Sebastian Bach is worth seeing. You won’t regret because this talented person will gift you unforgettable emotions, help you forget about all problems and allow you to jump into the fantastic world of music for only one evening.

The primary target of our service is to offer Sebastian Bach tour tickets for the show of your favorite singer at the most affordable price. You may be sure that choosing our ticket service, you will not overpay and get the entrance ticket for the incredible performance, you were waiting for so long. We know everything about the way how a professional ticket service should work. So, with us, you’ll get the lowest Sebastian Bach ticket prices and the best places for the show.