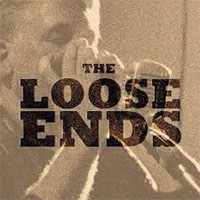 Loose Ends will be performing an event in the next dates is right in your area. Buy tickets for your favorite performer or group and you will be able to visit his show already tomorrow!

Share with friends:
Updated: 07-05-2022
The group was founded by Steve Nichol after he left the London Guildhall School of Music and Drama. Nichol went on to tour with The Jam in 1982 as a trumpet, trombone and keyboard player. They achieved their first success with "Hangin' on a String (Contemplating)" in 1985, which reached No. 13 in the UK chart. "Hangin' on a String" also reached No. 1 on the US Billboard R&B chart, making Loose Ends the first black British band ever to top that chart. They reached No. 16 with the single "Magic Touch" in the same year. The disc was produced in the US, as was their 1986 hit "Slow Down" (later used as the theme music for MuchMusic's Soul in The City program). At this time, they also arranged and played on a number of tracks from Five Star's debut album including the single "Let Me Be The One" which reached number two in the same listings later in 1986. Subsequent falling sales saw the threesome notch up their final transatlantic hit in 1988 with "Watching You (Watching Me)."

The group's line-up changed in 1990 due to differences in its proposed musical direction, with Eugene and Nichol wanting to maintain the group's sound and McIntosh wanting to be more experimental. Eugene and Nichol decided to leave, and were replaced by Linda Carriere and Sunay Suleyman. Look How Long turned out to be the final studio album released under the Loose Ends name, and featured their final hit single, "Don't Be A Fool" (1990). McIntosh himself went on to work behind the recording desk following the group's peak popularity, but the new trio soon disbanded. He has since produced several artists' work, most notably that of Caron Wheeler, Ruth Joy and Kwesi.

In 1998, the group reunited to appear on a single by Pete Rock called "Take Your Time". They also appeared in the music video for the track.
"Hangin' on a String (Contemplating)" is featured in the popular video game Grand Theft Auto IV's fictional Soul/R&B radio station The Vibe 98.8. Loose Ends continues to perform as 'Loose Ends' since the 1990 album Look How Long which was produced, composed and written by Carl McIntosh which came out on Virgin Records. Past members, Eugene and Nichol were replaced with new members, including vocalists Sunay Suleyman and Linda Carrière. Carl McIntosh, the original and sole copyright owner of the name, continues to perform under the name 'Loose Ends'.

Looking for the cheapest concert tickets for the show of Loose Ends Tour 2023? If yes, then welcome to our portal offering a wide choice of either cheap of VIP tickets. Furthermore, we guarantee that here, you will definitely find so desired tickets for the performance of the Loose Ends 2022 Tour dates you adore.

The show of Loose Ends is worth seeing. You won’t regret because this talented person will gift you unforgettable emotions, help you forget about all problems and allow you to jump into the fantastic world of music for only one evening.

The primary target of our service is to offer Loose Ends tour tickets for the show of your favorite singer at the most affordable price. You may be sure that choosing our ticket service, you will not overpay and get the entrance ticket for the incredible performance, you were waiting for so long. We know everything about the way how a professional ticket service should work. So, with us, you’ll get the lowest Loose Ends ticket prices and the best places for the show.