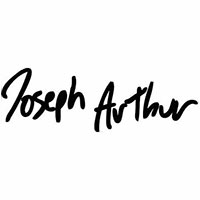 Joseph Arthur will be performing an event in the next dates is right in your area. Buy tickets for your favorite performer or group and you will be able to visit his show already tomorrow!

Share with friends:
Updated: 08-10-2022
Joseph Arthur is an American singer-songwriter and artist from Akron, Ohio, United States. He is best known for his solo material, and as a member of Fistful of Mercy and RNDM. Arthur has built his reputation over the years through critically acclaimed releases and constant touring; his unique solo live performances often incorporate the use of a number of distortion and loop pedals, and his shows are recorded live at the soundboard and made available to concertgoers immediately following the show on recordable media.

Arthur was discovered by Peter Gabriel in the mid-1990s, and signed to Gabriel's Real World label as the first North American artist on the label's roster. Arthur released his debut album, Big City Secrets (1997), and follow-up, Come to Where I'm From (2000), on Real World before signing with various independent labels between 2002 and 2006. He established his own record label, Lonely Astronaut Records, in 2006, and released two studio albums, Let's Just Be (2007) and Temporary People (2008) with backing band The Lonely Astronauts. Arthur subsequently returned to performing and recording as a solo artist, releasing The Graduation Ceremony in 2011 and the double album, Redemption City in 2012.

In 2013, Arthur started a Pledge Music campaign to fund the release of his tenth studio album, The Ballad of Boogie Christ. The album was released on June 11, 2013. Arthur is also an acclaimed painter and designer. His artwork has graced the sleeves of his entire discography; the sleeve design for his 1999 extended play Vacancy was nominated for a Grammy Award for Best Recording Package.

For his latest release, Joseph Arthur acquired a Steinway Vertegrand piano from the early 1900s, moved it into his Red Hook, Brooklyn studio and saved it from the storm (Hurricane Sandy) by propping it up on cinderblocks, while the neighborhood flooded. He learned some of its history: the piano had been a part of the same family for a century, somewhere in Connecticut. Written entirely on that piano, The Family (Real World Records) is mostly a work of fiction and a meditation on the idea of family. The album was released June 3, 2016 to rave reviews.

Looking for the cheapest concert tickets for the show of Joseph Arthur Tour 2023? If yes, then welcome to our portal offering a wide choice of either cheap of VIP tickets. Furthermore, we guarantee that here, you will definitely find so desired tickets for the performance of the Joseph Arthur 2022 Tour dates you adore.

The show of Joseph Arthur is worth seeing. You won’t regret because this talented person will gift you unforgettable emotions, help you forget about all problems and allow you to jump into the fantastic world of music for only one evening.

The primary target of our service is to offer Joseph Arthur tour tickets for the show of your favorite singer at the most affordable price. You may be sure that choosing our ticket service, you will not overpay and get the entrance ticket for the incredible performance, you were waiting for so long. We know everything about the way how a professional ticket service should work. So, with us, you’ll get the lowest Joseph Arthur ticket prices and the best places for the show.