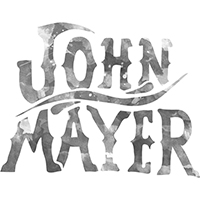 John Mayer will be performing an event in the next dates is right in your area. Buy tickets for your favorite performer or group and you will be able to visit his show already tomorrow!

Share with friends:
Updated: 07-06-2022
John Clayton Mayer is an American singer-songwriter, guitarist, and record producer. Born in Bridgeport, Connecticut, Mayer attended Berklee College of Music in Boston, but disenrolled and moved to Atlanta in 1997 with Clay Cook. Together, they formed a short-lived two-man band called Lo-Fi Masters. After their split, Mayer continued to play local clubs, refining his skills and gaining a following. After his appearance at the 2001 South by Southwest Festival, he was signed to Aware Records, and then Columbia Records, which released his first EP, Inside Wants Out. His following two full-length albums—Room for Squares (2001) and Heavier Things (2003)—did well commercially, achieving multi-platinum status. In 2003, he won the Grammy Award for Best Male Pop Vocal Performance for the single "Your Body Is a Wonderland".

By 2005, Mayer had moved away from the acoustic music that characterized his early records, and begun performing the blues and rock music that had originally influenced him as a musician. He collaborated with blues artists such as B. B. King, Buddy Guy, and Eric Clapton. Forming the John Mayer Trio, he released a live album in 2005 called Try!, and his third studio album Continuum in 2006. Both albums received critical acclaim, and Continuum earned Mayer a 2007 Grammy Award for Best Pop Vocal Album. He also won Best Male Pop Vocal Performance for "Waiting on the World to Change". That album was followed by Battle Studies in 2009, a return to pop, with a Battle Studies World Tour.

Mayer also continued touring with Dead & Company during the summer and fall of 2017. On December 5, during the Fall Tour, his appendix burst, resulting in an emergency appendectomy and the postponement of the remaining tour dates to February 2018. In January 2018, Dead & Company announced their Dead & Company Summer Tour 2018.

On May 10, 2018, Mayer released the single "New Light", coproduced by No I.D. and Mayer himself. In an interview with Zane Lowe for Apple Music on the release day, he announced "more new music" for 2018. During his performance at the iHeartRadio Theater on October 24, 2018, he premiered a song titled "I Guess I Just Feel Like". On December 12, 2018, he announced a world tour for 2019.

Looking for the cheapest concert tickets for the show of John Mayer Tour 2023? If yes, then welcome to our portal offering a wide choice of either cheap of VIP tickets. Furthermore, we guarantee that here, you will definitely find so desired tickets for the performance of the John Mayer 2022 Tour dates you adore.

The show of John Mayer is worth seeing. You won’t regret because this talented person will gift you unforgettable emotions, help you forget about all problems and allow you to jump into the fantastic world of music for only one evening.

The primary target of our service is to offer John Mayer tour tickets for the show of your favorite singer at the most affordable price. You may be sure that choosing our ticket service, you will not overpay and get the entrance ticket for the incredible performance, you were waiting for so long. We know everything about the way how a professional ticket service should work. So, with us, you’ll get the lowest John Mayer ticket prices and the best places for the show.