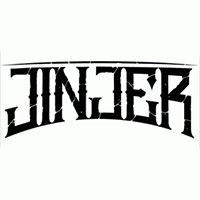 Jinjer will be performing an event in the next dates is right in your area. Buy tickets for your favorite performer or group and you will be able to visit his show already tomorrow!

Share with friends:
Updated: 02-09-2023
Jinjer is a Ukrainian heavy metal band from Donetsk, Ukraine. Jinjer was originally formed in 2009 by Maksym Fatullaiev (vocals), Dmitriy Oksen (rhythm guitar), and Vyacheslav Okhrimenko (drums). However, the band considers 2010 as its official year of formation when Tatiana Shmailyuk replaced Fatullaiev on vocals and Roman Ibramkhalilov was picked up for the lead guitar. Since their inception, the band has released four full-length albums and three EPs.

The band was still trying to develop and culminate their sound until Eugene Abdiukhanov joined in the summer of 2011 as Jinjer's bassist. In 2012, Jinjer released their EP: Inhale, Do Not Breathe. Their EP gained traction within the metal music community, and Jinjer began relentlessly touring throughout the year on their own funds. They were finally noticed by "The Leaders Records" at the end of 2012, and Jinjer's first full-length album, Inhale, Don't Breathe, was officially released in 2013. The band also gained prominence in part from winning the Best Ukrainian Metal Act Award held by Kiev's InshaMuzyka label in 2013; they would go on to win the award again in 2016.

After several tours around the world, Jinjer released their third full-length album, King Of Everything, with Napalm Records in 2016 along with their single (and video) "Pisces". The album and single were pivotal points in Jinjer's musical career. The music video for the single quickly gained millions of views, and Jinjer's popularity skyrocketed.

Along with winning the award for best music video for the song "I Speak Astronomy", the attention on the band paved the way for the release of King of Everything and the new single "Pisces" on 29 July 2016. In 2017, the band committed to two tours across Europe in support of Arch Enemy, followed by their first tour of North America alongside Cradle of Filth in 2018. The band also reissued their 2014 album Cloud Factory on Napalm Records in February 2018.

Due to Jinjer's dedication to their craft and strong work ethic, their popularity continued to snowball into 2019 as they released their new 5-track EP Micro on 11 January 2019, still with Napalm Records. The EP was successful, and fans quickly took to the tracks "Ape" and "Perennial". This EP showcased Tatiana Shmailyuk's impressive and unique vocal range as well as the band's ability to quickly evolve and tune their sound between albums. In early 2019 they toured with Amorphis, Soilwork, and Nailed to Obscurity. Later in 2019, Jinjer followed up their EP Micro with their fourth full-length album, Macro, on 25 October 2019, still with Napalm Records. This album has several different elements of metal music incorporated into it, and it has been very successful thus far. Jinjer has continued to include several different elements in their music, such as reggae, in the track "Judgement(&Punishment)", as well as sticking to their prog-like roots in other tracks.

Jinjer's playing style incorporates elements of death metal, progressive rock, and groove metal. The band has mentioned many of their influences for their music, including Guano Apes, Slayer, Death, Pantera, Anathema, Lamb of God, Gojira, and Twelve Foot Ninja. While explaining their influences, the band have noted other metal acts like Opeth, Karnivool and Textures, in addition to groups across the spectrum of R&B, soul, funk, jazz, reggae, and hip-hop acts such as Cypress Hill and House of Pain.

Looking for the cheapest concert tickets for the show of Jinjer Tour 2024? If yes, then welcome to our portal offering a wide choice of either cheap of VIP tickets. Furthermore, we guarantee that here, you will definitely find so desired tickets for the performance of the Jinjer 2023 Tour dates you adore.

The show of Jinjer is worth seeing. You won’t regret because this talented person will gift you unforgettable emotions, help you forget about all problems and allow you to jump into the fantastic world of music for only one evening.

The primary target of our service is to offer Jinjer tour tickets for the show of your favorite singer at the most affordable price. You may be sure that choosing our ticket service, you will not overpay and get the entrance ticket for the incredible performance, you were waiting for so long. We know everything about the way how a professional ticket service should work. So, with us, you’ll get the lowest Jinjer ticket prices and the best places for the show.