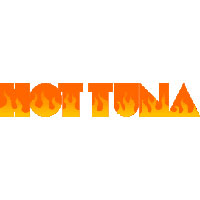 Hot Tuna will be performing an event in the next dates is right in your area. Buy tickets for your favorite performer or group and you will be able to visit his show already tomorrow!

Share with friends:
Updated: 01-28-2022
Hot Tuna is an American blues band formed in 1969 by former Jefferson Airplane members Jorma Kaukonen (guitarist/vocals) and Jack Casady (bassist). Although it has always been a fluid aggregation, with musicians coming and going over the years, the band's name has essentially become a metonym for Kaukonen and Casady's ongoing collaboration.

Hot Tuna began as a side project to Jefferson Airplane, intended to mark time while Grace Slick recovered from throat node surgery that had left her unable to perform. The band's name came from someone Jorma Kaukonen referred to as a "witty wag" who called out, "hot tuna" after hearing the line 'What's that smell like fish, oh baby,' from the song "Keep On Truckin'." Kaukonen, Jack Casady, Paul Kantner and new drummer Joey Covington played several shows around San Francisco, including the Airplane's original club, The Matrix, before Jefferson Airplane resumed performing to support Volunteers. (Although Covington had been hired by Jefferson Airplane, he only performed at select engagements, with Spencer Dryden continuing to perform as the band's principal drummer until his 1970 dismissal). Once the Airplane had resumed touring, Tuna found itself opening for the Airplane. Their early repertoire derived mainly from Kaukonen's Airplane material and covers of American country and blues artists such as Reverend Gary Davis, Jelly Roll Morton, Bo Carter and Blind Blake.

Hot Tuna again reformed in 1986, with producer Joey Balin joining on rhythm guitar until 1987. Kantner joined the band in 1987 and 1988, adding some old Jefferson Airplane songs to the setlist. Grace Slick showed up on stage as well for one show at The Fillmore in March 1988. The band continued into 1989 and Kaukonen and Casady joined the 1989 Jefferson Airplane reunion album and tour, performing acoustic Hot Tuna sets in the middle of each show. At the end of the Airplane tour, Hot Tuna resumed their electric performances, adding Falzarano and drummer Joey Stefko. Shortly thereafter, New Yorker Harvey Sorgen replaced Stefko on drums and Galen Underwood joined on keyboards for their first album of all new material in almost 14 years, 1990's Pair a Dice Found. Kaukonen and Falzarano both contributed original songs.

Throughout the 1990s, Hot Tuna again alternated between acoustic and electric styles. The two Sweetwater albums were predominantly acoustic sets with guests such as Bob Weir, Maria Muldaur and former Jefferson Starship bassist-keyboardist Pete Sears; the latter was to join the group on a permanent basis on the latter instrument during the decade. The 1997 release Live in Japan was in many ways reminiscent of the very first Hot Tuna album, having a minimalistic sound and being recorded live at a tiny venue (Stove's in Yokohama). Falzarano and Sears stayed with the band until the early 2000s.

In 2004, Casady and Kaukonen were joined by guitarist Barry Mitterhoff and drummer Erik Diaz. In August 2009, following the departure of Diaz, Skoota Warner officially joined the band as drummer. In November 2010, Hot Tuna performed as a semi-acoustic trio: Casady, Kaukonen and Mitterhoff at a Midnight Ramble at Levon Helm's Barn studio in Woodstock, New York. In the same month, Kaukonen announced on his blog that Hot Tuna had begun recording its first studio album in 20 years. The album, Steady as She Goes, was released by Red House Records on April 5, 2011. For the first half of 2011, guitarist Jim Lauderdale and harmonica player Charlie Musselwhite toured with them; later in the year they were joined by Musselwhite, guitarists David Bromberg, Larry Campbell, Steve Kimock, and G. E. Smith, and vocalist Teresa Williams. Both Campbell and Williams, who guested on the Steady as She Goes album, have remained with the band in a touring capacity. In 2014, Justin Guip, who had engineered the album in addition to Kaukonen's recent solo work, took over drumming duties from Warner.

Looking for the cheapest concert tickets for the show of Hot Tuna Tour 2023? If yes, then welcome to our portal offering a wide choice of either cheap of VIP tickets. Furthermore, we guarantee that here, you will definitely find so desired tickets for the performance of the Hot Tuna 2022 Tour dates you adore.

The show of Hot Tuna is worth seeing. You won’t regret because this talented person will gift you unforgettable emotions, help you forget about all problems and allow you to jump into the fantastic world of music for only one evening.

The primary target of our service is to offer Hot Tuna tour tickets for the show of your favorite singer at the most affordable price. You may be sure that choosing our ticket service, you will not overpay and get the entrance ticket for the incredible performance, you were waiting for so long. We know everything about the way how a professional ticket service should work. So, with us, you’ll get the lowest Hot Tuna ticket prices and the best places for the show.