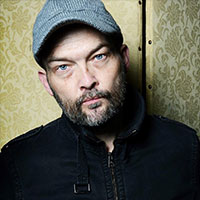 Ben Watt will be performing an event in the next dates is right in your area. Buy tickets for your favorite performer or group and you will be able to visit his show already tomorrow!

Share with friends:
Updated: 01-27-2023
Benjamin Brian Thomas Watt is an award-winning British musician, singer, songwriter, author, DJ and radio presenter, best known as one half of the duo Everything but the Girl.

Watt began recording in 1981 on the indie label Cherry Red. His first single 'Cant' was produced by folk-maverick Kevin Coyne and featured Richard Allen on viola and tambourine. His second release, 1982's 5-track EP Summer into Winter featured Robert Wyatt on backing vocals and piano. His debut album North Marine Drive was released in 1983 and reached UK Independent Album Charts Top 10. He then put his solo career on hold and joined forces with vocalist Tracey Thorn, with whom he wrote and recorded for 17 years—together they created nine studio albums as Everything but the Girl (EBTG) after signing to Blanco Y Negro through Warners in 1984, and then Virgin in 1995. EBTG have received eight gold, and one platinum album BPI Certifications in the UK, and one gold album RIAA Certification in the US. The song Missing reached number two on the US Billboard Hot 100 in 1995.

In 2014 Watt returned to his folk-jazz roots and released Hendra, his first solo album since 1983, the content of which was recorded with a new band including Bernard Butler, formerly of the band Suede—Watt explained that he knew that Butler would be the "perfect counterpoint to bring some darkness to the light." Watt also worked with Berlin-based producer Ewan Pearson and David Gilmour of Pink Floyd. The album is released on a new record label, Unmade Road, founded by Watt in 2014. Watt completed over sixty live shows in support of Hendra including tours of UK, North America, Japan and Australia. The album won the 'Best 'Difficult' Second Album' category at the AIM Independent Music Awards 2014. It was included at No 27 in Uncut's Top 75 Albums of 2014. Rolling Stone (Germany) made it their No 2 best album of 2014. Japan's Music Magazine made it their No 3 best album of 2014.

April 2016 saw the release of his third solo album Fever Dream. Self-produced at RAK Studios in London, it continued his relationship with Bernard Butler, and added guest cameos from MC Taylor of North Carolina folk-rock band, Hiss Golden Messenger, and Boston singer-songwriter Marissa Nadler. It received a 9/10 review in Uncut magazine. In a four-star review, The Guardian said: 'In his early 50s, he is making some of the best music of his career.'

Looking for the cheapest concert tickets for the show of Ben Watt Tour 2024? If yes, then welcome to our portal offering a wide choice of either cheap of VIP tickets. Furthermore, we guarantee that here, you will definitely find so desired tickets for the performance of the Ben Watt 2023 Tour dates you adore.

The show of Ben Watt is worth seeing. You won’t regret because this talented person will gift you unforgettable emotions, help you forget about all problems and allow you to jump into the fantastic world of music for only one evening.

The primary target of our service is to offer Ben Watt tour tickets for the show of your favorite singer at the most affordable price. You may be sure that choosing our ticket service, you will not overpay and get the entrance ticket for the incredible performance, you were waiting for so long. We know everything about the way how a professional ticket service should work. So, with us, you’ll get the lowest Ben Watt ticket prices and the best places for the show.