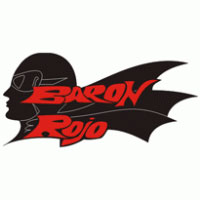 Baron Rojo will be performing an event in the next dates is right in your area. Buy tickets for your favorite performer or group and you will be able to visit his show already tomorrow!

Share with friends:
Updated: 08-11-2022
Barón Rojo was a Spanish heavy metal band, who reached international success in the 1980s. The band was led by siblings Carlos and Armando de Castro, previously from the band Coz, and it is considered one of the most important representatives of Spanish hard rock bands. "Barón Rojo" in Spanish is "Red Baron", the name of the band is an homage to Manfred von Richthofen, and the eponymous song "Barón Rojo" is about him, also the name is a pun as the Spanish pronunciation of 'Rojo' is close to the English 'Rock-o'. They were ranked number 18 on Rolling Stone's "50 Greatest Spanish rock bands".

After a two compilation albums, the studio album Arma Secreta (1997) and some legal disputes with record company Zafiro about the royalties of the previous albums, BMG released a double compilation album called Cueste lo que cueste, which included 31 hits by the band plus four new songs. 2001 saw the release of the album 20+, an allusion to the more than twenty years of existence of the band, and in 2003 the cover versions album Perversiones saw the light and featured cover versions from bands such as Deep Purple, Black Sabbath, Jimi Hendrix, Janis Joplin and AC/DC.

Drummer Vale Rodríguez left the band in 2005, a place José Martos took again for the second time. By 2006 the band released Ultimasmentes, in which all the songs were sung by Carlos de Castro, except for the instrumental opening and finale. Ángel Arias and José Martos left Barón Rojo in 2007, just after the live CD and DVD Desde Barón a Bilbao was released, and Tony Ferrer left the band in September 2008. He was replaced by former Ñu bassist Gorka Alegre. They made a reunion concert on June 20, 2009 at the Metalway music festival in Zaragoza, with the original formation including José Luís Campuzano "Sherpa" doing vocals. That same year they released their last album yet: live album En Clave de Rock.

After their successful reunion concert at Metalway'09 they reunited again for a tour, starting and finishing in Madrid, with its first concert at "La Riviera" 30 January 2010 and the last at former bullring "Palacio de Vistalegre" 22 October 2011, where they told the concurrence about the filming of a Baron Rojo documentary. The Barón Rojo film was released in 2012. In 2020 (its 40th anniversary), Barón Rojo was definitely disbanded.

Looking for the cheapest concert tickets for the show of Baron Rojo Tour 2023? If yes, then welcome to our portal offering a wide choice of either cheap of VIP tickets. Furthermore, we guarantee that here, you will definitely find so desired tickets for the performance of the Baron Rojo 2022 Tour dates you adore.

The show of Baron Rojo is worth seeing. You won’t regret because this talented person will gift you unforgettable emotions, help you forget about all problems and allow you to jump into the fantastic world of music for only one evening.

The primary target of our service is to offer Baron Rojo tour tickets for the show of your favorite singer at the most affordable price. You may be sure that choosing our ticket service, you will not overpay and get the entrance ticket for the incredible performance, you were waiting for so long. We know everything about the way how a professional ticket service should work. So, with us, you’ll get the lowest Baron Rojo ticket prices and the best places for the show.