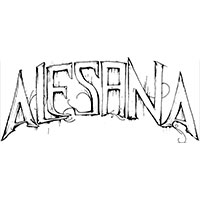 Alesana will be performing an event in the next dates is right in your area. Buy tickets for your favorite performer or group and you will be able to visit his show already tomorrow!

Share with friends:
Updated: 02-09-2023
Alesana  is an American post-hardcore band from Raleigh, North Carolina. Formed by Dennis Lee, Shawn Milke and Patrick Thompson in 2004, the group is currently signed to Revival Recordings and Artery Recordings and have released three EPs and five full-length studio albums. The band gained a wide audience after their debut, On Frail Wings of Vanity and Wax was released, featuring a musical style shifting between light and heavy sounds along with a wide influence ranging from pop punk, metal and even classic rock bands such as the Beatles. Their audience grew heavily after the release of their third album, The Emptiness, which released in early-2010. Their band name is derived from street named Aliceanna Street, which was the street that vocalist/rhythm guitarist Shawn Milke and lead guitarist Patrick Thompson grew up on, in Baltimore.

On April 11, 2017, the band made official their participation on the first edition of the Vans Warped Tour MX with bands including Good Charlotte, Mayday Parade, Suicide Silence, Hatebreed, Never Shout Never and more. The Vans Warped Tour MX would have taken place in the Foro Pegaso in Toluca, Mexico, on May 27, 2017, although this date was pushed back for an intended show on October 22 of the same year before eventually being canceled by the promoters. They eventually did play in Mexico City at the Teatro Ramiro Jiménez on September 16, 2017, along with national groups Allison, Cerberus, Kamikaze Ninja, Say Ocean and Kaizan opening the show.

On October 31, 2017, the band announced a new project titled "Origins". Vocalist Shawn Milke stated: "Origins is a project that has been years in the making. I always imagined giving everything we possibly could to our amazing fans, both figuratively and literally. Origins is exactly that. This was forged by our own hands, every single aspect of it. It is an experience like no other we have conceived and any questions you may have regarding its contents will be answered in the coming days and weeks. This is our story, our history, our future, our now. Find the key, unlock the history. This is Origins." Details of the project were announced in the following days, in which it was revealed that Origins would be a compilation of the band's history all packaged into 1000 limited-edition boxes which would include memorabilia such as a shirt and picks with designs from the earliest days of the band, posters, a new EP entitled The Lost Chapters, a USB drive containing rarities and B-sides, and much more. "Origins" was scheduled for release on Black Friday, 2017. On November 22, 2017, they released the first single off of the upcoming The Lost Chapters EP, entitled "Fits and Starts". The new single was accompanied by a brand new music video, which is mainly a compilation of fan made videos sent to the band. Currently, Shawn and his wife Naima have three children. Jake and his wife Nikita recently had a second child. Patrick was married to his wife Jessica in 2018. Dennis was married to his wife Cayce in 2019. Shane and Jeremy are working on their side project.

According to Corey Apar, Alesana's music combines post-hardcore and heavy metal music with pop-influenced hooks. Alesana has been described as emo, screamo, metalcore, and post-hardcore. The band described themselves as "sweetcore". Alesana's influences include Between the Buried and Me, The Beatles, Mae, Mew, Smashing Pumpkins, and Spitalfield.

Looking for the cheapest concert tickets for the show of Alesana Tour 2024? If yes, then welcome to our portal offering a wide choice of either cheap of VIP tickets. Furthermore, we guarantee that here, you will definitely find so desired tickets for the performance of the Alesana 2023 Tour dates you adore.

The show of Alesana is worth seeing. You won’t regret because this talented person will gift you unforgettable emotions, help you forget about all problems and allow you to jump into the fantastic world of music for only one evening.

The primary target of our service is to offer Alesana tour tickets for the show of your favorite singer at the most affordable price. You may be sure that choosing our ticket service, you will not overpay and get the entrance ticket for the incredible performance, you were waiting for so long. We know everything about the way how a professional ticket service should work. So, with us, you’ll get the lowest Alesana ticket prices and the best places for the show.