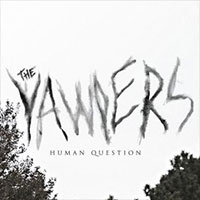 The Yawpers will be performing an event in the next dates is right in your area. Buy tickets for your favorite performer or group and you will be able to visit his show already tomorrow!

Share with friends:
Updated: 10-03-2022
The Yawpers are a three-piece rock and roll band from Denver, Colorado. Their name is derived from a Walt Whitman poem, entitled "Song of Myself" from Leaves of Grass: "I sound my barbaric yawp over the roofs of the world." The Yawpers play in a unique setting of two acoustic guitar players and drummer, yet their music is played with "raucous glee comparable to seeing a metal band".

On October 30, 2015, The Yawpers released their sophomore album, American Man, on Bloodshot Records. American Man is the band's first album released under Bloodshot Records. The album was co-produced by Cracker's Johnny Hickman and was recorded at The Blasting Room in Fort Collins, Colorado – the studio that is run by drummer Bill Stevenson of the punk rock band, Descendents. On September 26, 2015, Rolling Stone released an article of their song "Burdens," saying that "the guys bang out a Springsteen-worthy tribute to escaping the city limits of one's hometown."

In October 2017, The Yawpers released their second record for Bloodshot called Boy in a Well. The record was recorded in Chicago and was produced by Tommy Stinson from The Replacements and Alex Hall, known for his work with JD McPherson, Pokey LaFarge. The record is a concept album, and tells the story of a boy who lives in France during World War I, who was abandoned in a well by his mother. Cook wrote some of the lyrics with his father, a poet and psychiatrist, and said that the writing of the dark material reflected processing childhood sexual abuse by an older man when he was young. The themes of abandonment and relationships reflected Cook's marriage and subsequent divorce. Graphic artist J.D. Wilkes from band, The Legendary Shack Shakers, created a comic book that accompanied the release of the album. The cover art of the record is also by Wilkes. The record has an overall sound that incorporates rockabilly with rock and roll and punk rock. The record incorporates Cook's divorce.

The song "Doin' It Right" was featured in the Showtime TV series, Ray Donovan. It was the end credits song for the season five, episode 10 called "Bob the Builder." The Yawpers have played shows with Delta Spirit, Lucero, The Reverend Horton Heat, The Black Angels, Wanda Jackson, Cracker, and Blind Pilot, and they have toured the US with Nashville Pussy, Supersuckers and The Blasters. They tour extensively.

Looking for the cheapest concert tickets for the show of The Yawpers Tour 2023? If yes, then welcome to our portal offering a wide choice of either cheap of VIP tickets. Furthermore, we guarantee that here, you will definitely find so desired tickets for the performance of the The Yawpers 2022 Tour dates you adore.

The show of The Yawpers is worth seeing. You won’t regret because this talented person will gift you unforgettable emotions, help you forget about all problems and allow you to jump into the fantastic world of music for only one evening.

The primary target of our service is to offer The Yawpers tour tickets for the show of your favorite singer at the most affordable price. You may be sure that choosing our ticket service, you will not overpay and get the entrance ticket for the incredible performance, you were waiting for so long. We know everything about the way how a professional ticket service should work. So, with us, you’ll get the lowest The Yawpers ticket prices and the best places for the show.