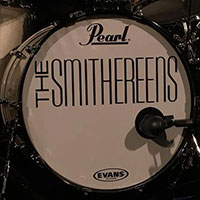 The Smithereens will be performing an event in the next dates is right in your area. Buy tickets for your favorite performer or group and you will be able to visit his show already tomorrow!

Share with friends:
Updated: 12-02-2022
The Smithereens are an American rock band from Carteret, New Jersey, United States. The group formed in 1980 with members Pat DiNizio (vocals & guitar), Jim Babjak (guitar & vocals), Mike Mesaros (bass guitar & vocals), and Dennis Diken (drums & percussion). This original lineup continued until 2006, when Mesaros left the band and Severo Jornacion took over on bass guitar until Mesaros' return in 2016 to present. After DiNizio died in 2017, the band continued performing live shows as a trio (Babjak, Mesaros and Diken) with various guest vocalists.

The band are perhaps best known for a string of modest hits in the late 1980s and early 1990s, including "Only a Memory", "A Girl Like You" and "Too Much Passion". The Smithereens have collaborated with numerous musicians, both in the studio (Belinda Carlisle, Julian Lennon, Lou Reed, Suzanne Vega) and live (Graham Parker and The Kinks). The band's name comes from a Yosemite Sam catchphrase, "Varmint, I'm a-gonna blow you to smithereens!"

Babjak, Diken, and Mesaros are all from Carteret, New Jersey and graduated from Carteret High School in 1975. In 1980, they formed the band with DiNizio, who was from Scotch Plains, New Jersey. DiNizio had placed a classified ad in The Aquarian Weekly looking for a drummer to help on a demo tape – Diken answered it, and later introduced his schoolmates Babjak and Mesaros as well.

The Smithereens are known for writing and playing catchy 1960s-influenced power pop. The group gained publicity when the single "Blood and Roses" from its first album was included on the soundtrack for Dangerously Close, and the music video got moderate rotation on MTV. "Blood and Roses" was also featured on the 1980s TV show Miami Vice during the episode 'The Savage' (first aired February 6, 1987).

In 2018, Babjak, Diken and Mesaros decided to continue the band's musical legacy and tour with different guest vocalists, including Marshall Crenshaw and Robin Wilson of the Gin Blossoms, separately taking over lead vocal duties at concerts throughout the United States, including shows in NYC, Chicago, Massachusetts, Colorado, and Virginia. On May 25, 2018, the band released Covers on Sunset Blvd. Records, featuring 22 of the band's favorite songs first recorded by other artists. The CD includes rarities from the vault and some previously unreleased tracks. On November 16, 2018, The Smithereens were nominated for induction into the New Jersey Hall of Fame, Performing Arts Category, Class of 2018.2019 marks The Smithereens' 39th continuous year as a band.

The show of The Smithereens is worth seeing. You won’t regret because this talented person will gift you unforgettable emotions, help you forget about all problems and allow you to jump into the fantastic world of music for only one evening.

The primary target of our service is to offer The Smithereens tour tickets for the show of your favorite singer at the most affordable price. You may be sure that choosing our ticket service, you will not overpay and get the entrance ticket for the incredible performance, you were waiting for so long. We know everything about the way how a professional ticket service should work. So, with us, you’ll get the lowest The Smithereens ticket prices and the best places for the show.